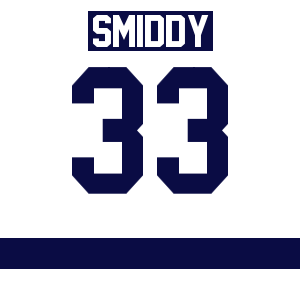 Madison Smiddy is one of just four members of an entering group of 13 Lady Icers freshmen in 2011-12 who advanced to play for the Nittany Lions' NCAA program. That class boosted Penn State to an ECWHL regular season championship in the final ACHA season, thanks in large part to a rock solid defensive pairing of Smiddy and Ashton Schaffer. The Honeybaked product is one of PSU's better offensive blueliners, and is outstanding on the power play, where she has scored five of her six collegiate goals, including against Sacred Heart on November 3, 2012. Although Smiddy is listed at a not-particularly-gigantic 5'7", she plays with the length of a defender several inches taller. She notched an assist in Penn State's historic 5-3 win at Vermont to open the NCAA era on October 6, 2012 and was fourth on the team with a +3 rating (notably, only she and the three above her finished on the positive side of that statistic). 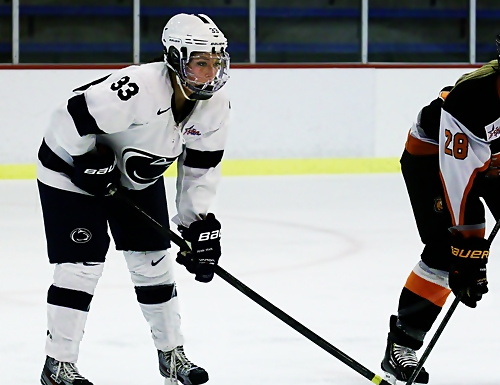