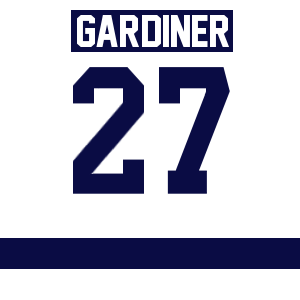 Max Gardiner gave Penn State supporters one of those "hey this is for real" moments when, after transferring in from Minnesota, he became the first NHL draft pick (2010, 3rd round/74th overall by St. Louis) to lace up for the Nittany Lions. Of course, it also didn't hurt that the brother of the Toronto Maple Leafs' Jake Gardiner had once been deemed worthy of a Gophers program that is one of the giants of college hockey. His on-ice production didn't disappoint, as he led PSU in assists, many of them originating with wall-retrieval efforts. After an early-season storyline in 2012-13 was Guy Gadowsky's struggle to find Gardiner and Casey Bailey an appropriate third linemate, the pair clicked with Taylor Holstrom at center beginning with the December 29, 2012 win over Ohio State in Pittsburgh. While Holstrom tended to get the headlines with things like his overtime goal to close the season at Wisconsin, it was Gardiner who made that bury possible with a subtle play in front to allow him a second attempt at the net. 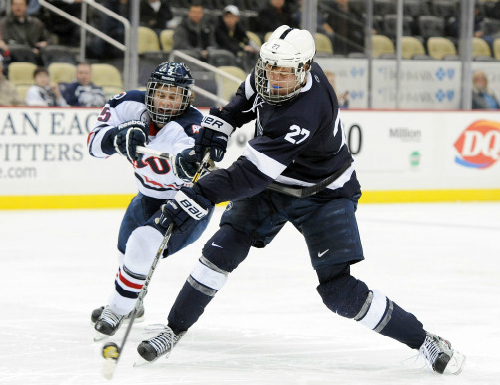