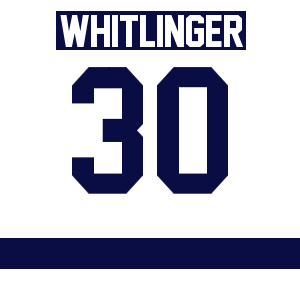 Highly-touted recruit Celine Whitlinger stepped in as a freshman to give the Nittany Lions a stable second goalie behind Nicole Paniccia, but one that hardly received the shelter of weak opponents and ideal situations normally reserved for backups. She faced an incredible 47.7 shots per 60 minutes (4.6 more than Paniccia), including save totals of 59 against Mercyhurst on February 1st, 53 against Robert Morris on February 23rd, 51 against Syracuse on January 26th and 48 against Union on January 11th. Despite the regular barrages, she held up remarkably well with a goals against average under three. The athletic stopper has been an invite to several prestigious camps like the Warren Strelow Goaltending Camp and the USA Hockey Select 15, 16 and 17 Player Development Camps and will look to increase her minutes in anticipation of taking over as a regular starter in 2014-15. 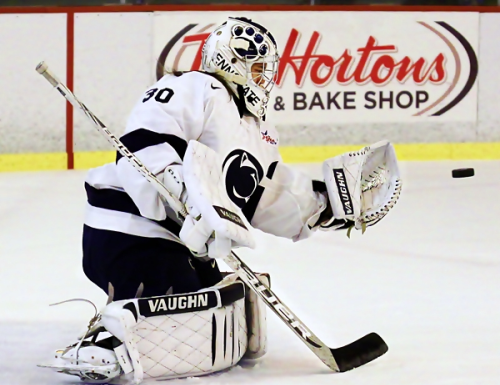