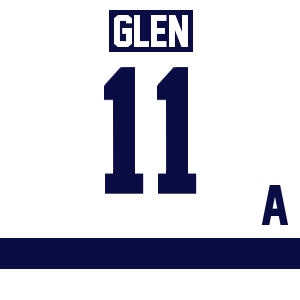 College hockey's publicly-available game information hasn't really evolved to the point where fans, media and bloggers can track the increasingly popular advanced statistics like Corsi and Fenwick. But it's a pretty safe bet that David Glen would fare quite well in those measurements. He's a possession-driving player who, as a freshman, led Penn State in shots with 117, won 58.4 percent of his draws, gained the puck when he didn't have it, kept it when he did, and probably had a healthy proportion of defensive zone starts to boot. All of that was expected from the former Spruce Grove Saints captain when he came to Hockey Valley. What wasn't expected: he became arguably PSU's first varsity-era star player, beginning with his overtime goal on October 13, 2012 to give the Nittany Lions a first NCAA win, over AIC. That was Glen's second of the game, and he went on to score 14 more times to lead the team - including in big wins over Air Force and Vermont. Glen will become an alternate captain this season (replacing the departed George Saad) and he may be the leading candidate to wear the C after Tommy Olczyk graduates. 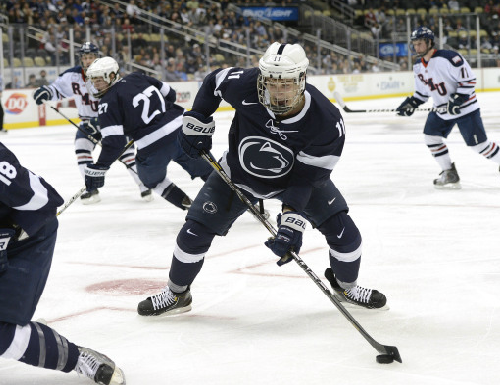