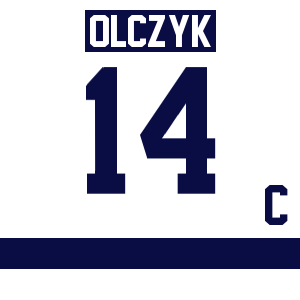 Second-year captain Tommy Olczyk, not too long ago, was best known to Penn Staters as "dynamic scorer for the Icers" and "guy who gets PSU hockey shoutouts on NBC thanks to his analyst dad." He's become much more than that to us. Hard working on the ice, well spoken off of it. A leader who is always accountable, win or lose. Fantastic academically. In other words, just about the closest thing you'll ever find to "model student-athlete" in real life. While astute observers knew that his impressive scoring production in the ACHA as a freshman (52 points in 31 games, including a couple of highly-memorable performances against Oklahoma) wouldn't carry over to the NCAA level, other important traits have. Olczyk's excellence as a penalty killer was apparent to all from the beginning, and he popped home one of the Nittany Lions' three shorthanded goals in 2012-13, on January 25th against Michigan State. The weekend before that, he assisted on Justin Kirchhevel's eventual game-winning goal against Vermont at the Wells Fargo Center in Philadelphia. 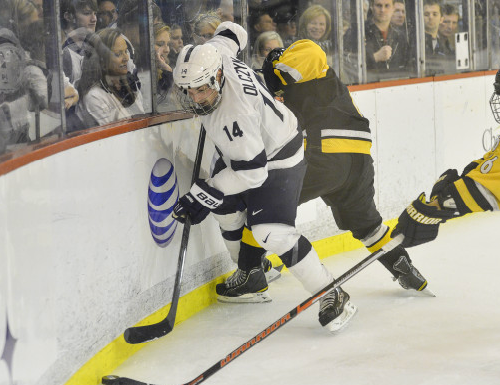