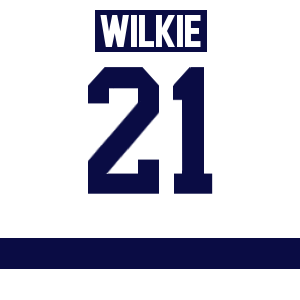 Sarah Wilkie's improvement from the beginning of the 2012-13 season to the end mirrored that of the Nittany Lions as a whole. By the time the campaign came to a close, the former captain at Williston Northampton School had evolved from collecting limited minutes (she only dressed for half of the team's first 12 games) to become one of PSU's steadiest defenders. Wilkie found a home on the right side of Jordin Pardoski for 21 of the final 23 contests and the pair with highly complementary styles earned 11 starting nods during that stretch. The product of a massive Penn State family - eight relatives either have or are on their way to PSU degrees - Wilkie's -3 rating for the season was second best among Lion blueliners playing in at least 20 games, trailing only Pardoski's -2. She grabbed her lone point of the year in the final regular season game at Robert Morris, setting up Shannon Yoxheimer's snipe to tie the then-defending CHA champs at one late in the first period. 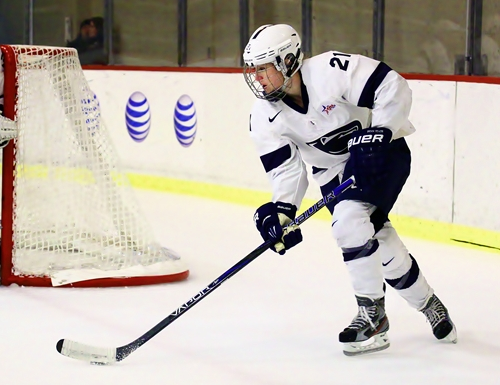