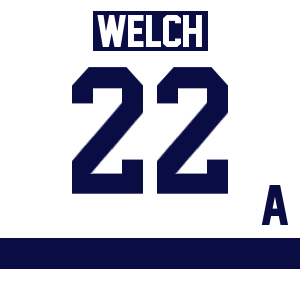 After transferring from Connecticut, Jenna Welch stepped on to a Penn State roster including 17 freshmen in 2012-13 and immediately established herself as a team leader - she was voted into the alternate captain's role and also shared the team's unsung hero award last season. A lot of the latter honor had to do with the fact that Welch executes a lot of the little things needed to win games, for example, her 34 blocked shots that were the second most among Nittany Lion forwards. She can also be counted on to stick up for her teammates and restore order when things get chippy, something RIT learned particularly well during a hot-blooded road series in February. By the end of the season, Welch centered Jill Holdcroft and Micayla Catanzariti on what had to be the toughest forward line in college hockey, until Holdcroft broke her wrist in PSU's regular season finale at Robert Morris. 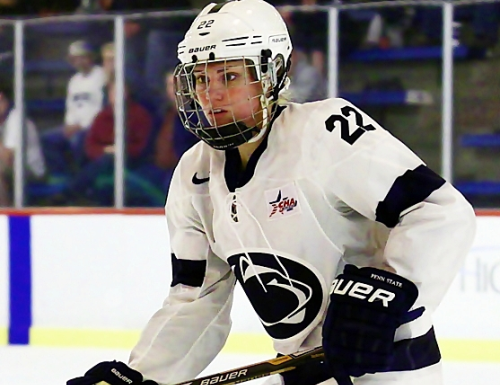