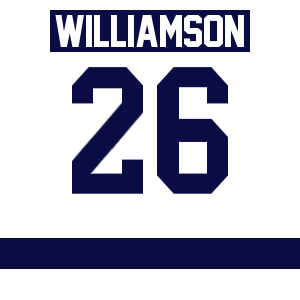 Thanks to a rash of injuries involving several key defensemen last season, Penn State's depth at the position was heavily tested. Versatile Mike Williamson's arrival will help ensure that it doesn't happen again. After cups of AJHL coffee in 2009-10 and 2010-11, Williamson spent the last two full seasons with the Spruce Grove Saints, one of the circuit's banner franchises. In the first of those campaigns, he teamed up with both David Glen and fellow freshman Dylan Richard on a North Division championship squad, and he and Richard were also together last year. The Albertan was selected by the Vancouver Canucks in the sixth round (175th overall) of the 2013 NHL Entry Draft and is an extremely well-rounded blueliner. He possesses good size and range, a heavy shot and quick movement. He's also, much like new teammate Nate Jensen, not afraid to inject offense deep in the zone when appropriate - and able to do it without sacrificing his primary role. 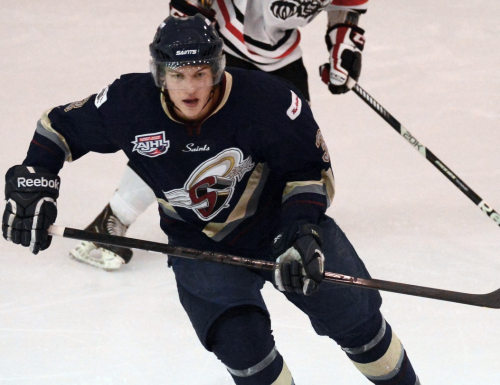