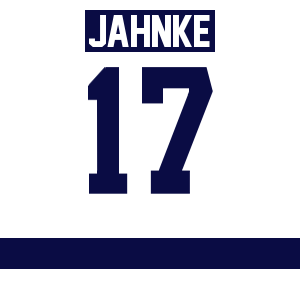 Perhaps PSU's best puck-moving blueliner in 2012-13, Paige Jahnke led the Nittany Lions in assists by a defender, and her 30 shots on goal tied with Jordin Pardoski as the high number in the position group. She was a mainstay on Josh Brandwene's power play, but also more than held up her end at her traditional job description, as her 38 shot blocks led the team's defense. A 2009 Minnesota big-school state champion at Roseville High School, Jahnke picked up her first collegiate point at the Greenberg Ice Pavilion on October 25, 2012, a helper on Shannon Yoxheimer's power play goal that tied RIT 1-1 late in the first period. The assist kicked off an outstanding stretch of hockey - she carried a +6 rating over the seven games that followed and added her second and third career points. The third was the primary assist on Emily Laurenzi's game-winning power play goal against Lindenwood on November 17, 2012, in what turned out to be Penn State's only CHA win of the campaign. 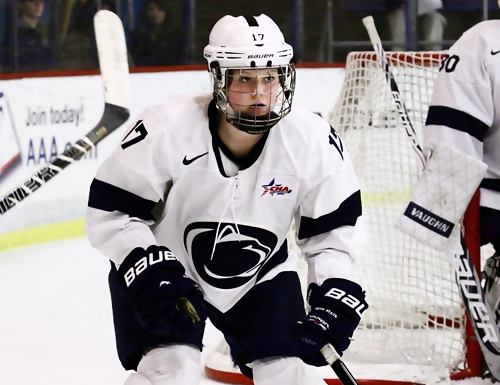