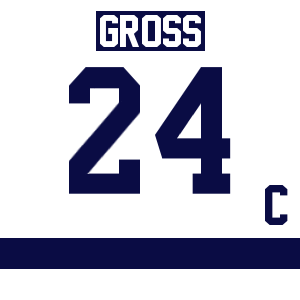 If you like hockey, you probably like Taylor Gross. Simply put, the senior captain is the epitome of just about everything that makes a great player: grit, leadership, toughness, intelligence, defense, scoring touch - and all in a 5'1" package that belies her superlative abilities. She began her career at Connecticut where, as a freshman in 2010-11, Gross led the Huskies in goal scoring and points, making her an easy choice for the team's rookie of the year award. She transferred to PSU in the middle of 2011-12 and spent half of that season on a dynamic Lady Icers scoring line with Jess Desorcie and Tess Weaver. Shannon Yoxheimer replaced Weaver on the Nittany Lions' top unit last season, helping Gross to tick off 15 assists and 22 points, both good for second on the squad. One of those assists came early on December 1, 2012 at national power Mercyhurst, when her disruptive behavior at the PSU line led to a breakaway. Gross was denied by Stephanie Ciampa, but Desorcie arrived in time to bury a juicy rebound for a 1-0 lead midway through the first period. The Lakers went on to take the game, but Gross' effort played a vital role in a moment showcasing the Penn State program's potential. 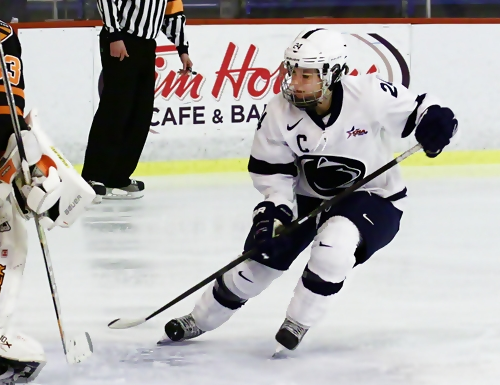