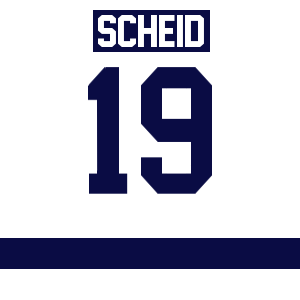 Snagging an NCAA Division I transfer isn't quite the attention grabber that it was before Penn State's surprising success in 2012-13. But don't sleep on the fact that Eric Scheid, formerly of Alaska-Anchorage, has more games of NCAA experience than anyone on the Nittany Lions roster beyond fellow transfers Max Gardiner, Nate Jensen, Taylor Holstrom and Patrick Koudys. Scheid was the Seawolves' leading scorer among freshmen in 2011-12 and, after leaving the program, set the USHL on fire with the Lincoln Stars in 2012-13, while also developing into a more dangerous goal scorer and becoming more defensively responsible. Scheid's +37 rating was fifth across the whole circuit, and his 59 points made him the leading scorer on a playoff team (just ahead of Vinni Lettieri, who will face the PSU as a Minnesota Golden Gopher this season). Expect Scheid to step into the lineup and become an important member of a scoring unit almost immediately. 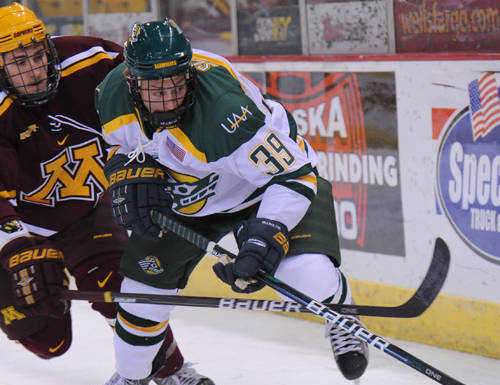