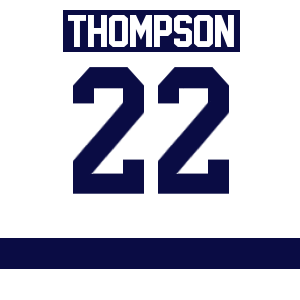 David Thompson is one of Guy Gadowsky's most important newcomers for this season, for the simple reason that he immediately addresses a handful of the Nittany Lions' biggest weaknesses in 2012-13: he's great on the power play, while also adding depth, size and physicality to PSU's blueliners. Continuing trends prevalent in the program's recruiting, he is an experienced player as a 21-year-old and a three-year BCHL vet, and is also a former captain with his junior team - both traits in key players like David Glen, Kenny Brooks and Tommy Olczyk have undoubtedly helped smooth the NCAA transition to this point. Prior to his time in the northwestern part of the continent, Thompson was a long-time player in the noted Philadelphia Jr. Flyers organization. In his final season there (2009-10), he teamed up with fellow freshman Ricky DeRosa on the Atlantic League's 18U champs and, after also winning the Atlantic District title, the runners-up at nationals. 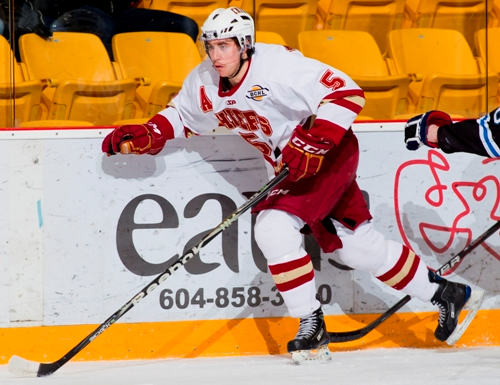