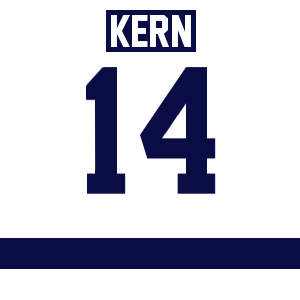 Darby Kern, entering her second year in the program, remains one of the more intriguing Nittany Lions. At 5'11", she stands out as a big player on a small team, and Kern's wingspan makes her quite useful on the forecheck, where opposing defenders often struggle to find a way to pass around her stick. The product of a Penn State family, as well as Peters Township High School and a Pittsburgh Penguins Elite program that has already become a PSU pipeline (teammates Stephanie Walkom, Jill Holdcroft and Tess Weaver played there as well) found herself in the stands for the early stages of the 2012-13 season. However, she rapidly gained Josh Brandwene's favor with her efforts after Thanksgiving break and made her collegiate debut on November 30, 2012 at Mercyhurst. Kern went on to play in 18 of Penn State's final 21 games, grabbing her first career point in the January 4th rout of Division III Chatham. 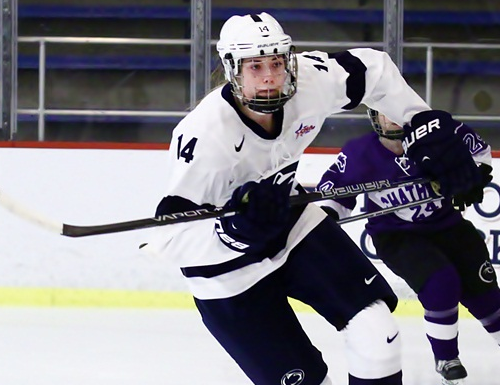