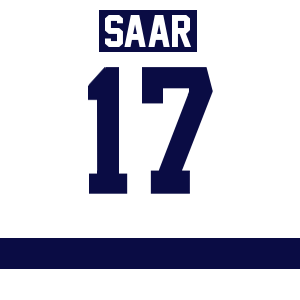 If Zach Saar's play reminds you of a linebacker, you can probably thank his father Brad, a reserve at the position on Penn State's 1982 national championship football team. Fortunately for Guy Gadowsky, the son chose a different game but applies the same mentality to it, as he'll provide the sort of earth-moving down-low presence that will pay dividends not fully captured by statistics, although he's also proven adept at scoring dirty goals. Saar, along with Jonathan Milley, is the biggest of a not-small group of PSU forwards, and while he bounced around a lot during his USHL career - from Chicago to Des Moines to Muskegon in the last two years - there's an important commonality to both of his trades. Each time, the organization seeking Saar was attempting to load up for a run to either make the playoffs or to compete for a title. In other words, smart hockey people recognize that guys like him help teams win. 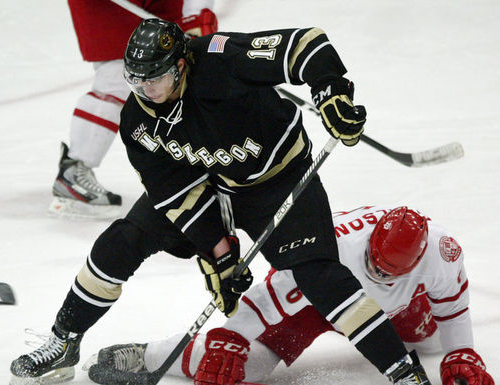