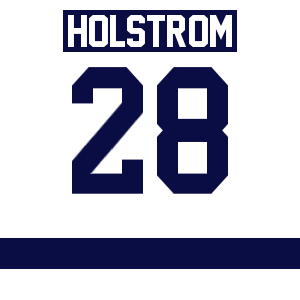 It's tough to place what Taylor Holstrom did on February 25th in its proper context. His overtime goal against Wisconsin didn't secure a championship. It wasn't Penn State's first NCAA win, nor was it even the first on the road against a Big Ten opponent. What it did do, though, was propel the Nittany Lions into a crucial offseason with the momentum of what will likely be PSU's last season-ending win until the program's first NCAA national championship. It wasn't a one-off for the Mercyhurst transfer either. The OT tally against the Badgers was his second of the game, and he also scored the winner with 4:01 left at Michigan State on January 26th, the opening goal against Vermont on January 19th and twice against Ohio State on December 29, 2012, including the eventual winner. Basically, find a big game and Holstrom will be there with an important goal or two. He did his best work while skating with Max Gardiner and Casey Bailey (a line formed in that OSU game) and will again be a vital piece of Guy Gadowsky's offense in the coming year. 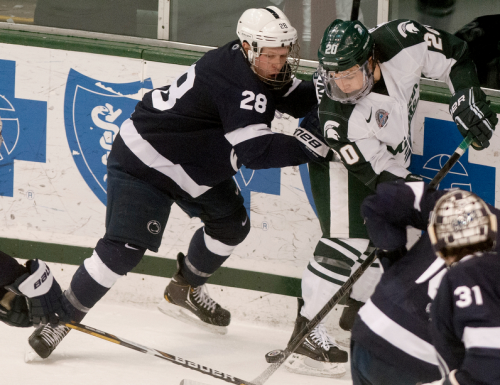