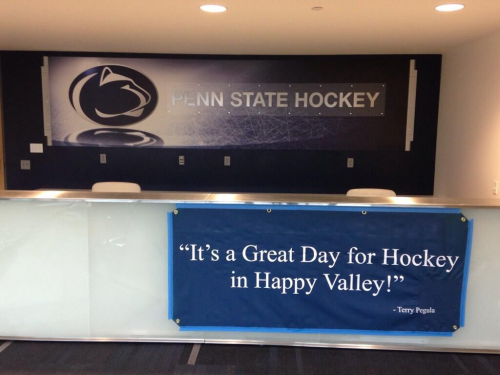 As a Hockey Management Association alumnus - that's how I got involved with Penn State hockey in the first place, for those who don't know - I'm absolutely thrilled to see that the organization survived the NCAA transition and continues to thrive, including a robust turnout at the year's first meeting last week.

I'm a little less thrilled with current president Eric Bress, who apparently feels that now "the club will have a lot more hands-on jobs compared to other years." Bress is a junior and probably isn't fully aware of the state of things before the athletic department became involved, the quote in question was paraphrased and he didn't elaborate on what was meant, so I won't lay into him as originally planned. I'm maturing, I guess.

In what was an unusually competitive fight for the top three slots this week, particularly with a new Pegula Ice Arena story seemingly out every day, Jessica Tully and Onward State win the coveted honor. Why? Because Tully went above and beyond "wow, the arena's nice" to truly understand the subject matter, offering the historical backdrop that framed one man's 30-plus year journey to October 11th.

As has been mentioned in a couple posts already, the official move to PIA began early Friday morning and is expected to be complete on Monday afternoon. It turns out that moving isn't very photogenic, but given the significance of the story, Joe Battista's shot entering the reception area for the last first time should do the trick. 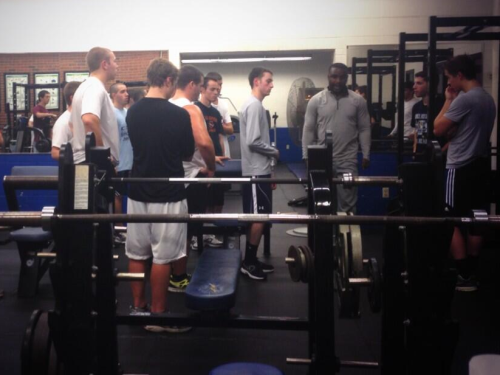 Toontown's season gets underway against IUP on September 28th at 3:50 p.m. in Galactic Ice Arena.

The exclusive "tour of Pegula Ice Arena" was really more like a Battista interview with a few establishing shots mixed in, but nevertheless, it's good watching. Battista, by the way, indicated to WJAC that talks about holding a game in Beaver Stadium are "ongoing."

So what does this PIA article offer that the other 87 don't? Admittedly not much, although it does have a couple photos, some discussion of the facility's amenities, and - if you haven't heard it yet - the story of how the men's team's THON child will have his or her own stall in the locker room.

A video interview with Patrick Koudys from (I think) July's Capitals Development Camp that apparently wasn't posted until August and didn't hit my radar until September. Well done all around on that one. Nevertheless, it's an interesting look as the RPI transfer discusses his developmental goals and his expected role at Penn State this season.

JoeBa used his column last week to reflect on the recent passing of three friends, most notably (for our purposes) including former club sports czar Vance McCullough. And as Battista tends to do, there's also a bit of news buried in there:


The director of the documentary we are producing on Pegula Ice Arena, (former Icer Mike Messner), asked me what I was thinking about just before I took the first step onto the new ice surface in the arena. I said it was a dream come true, that I was so grateful to Terry and Kim Pegula and that I wanted to dedicate that first step to the memory of my friend and mentor, Vance McCullough.

Documentary, eh? Messner's involvement more or less ensures that it will be fantastic - you may remember his work from this now-incredibly dated video (warning: watching it now will give you some sort of negative feeling, but not because of the production). Can't wait for that. 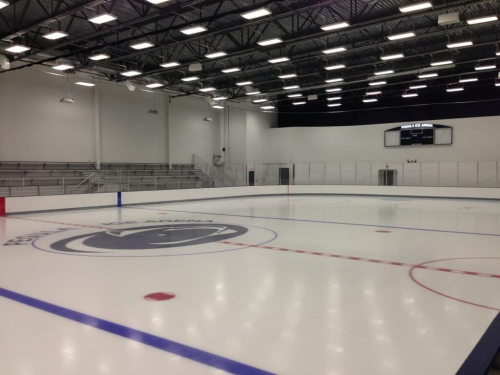 PIA photos? Sure, why not?

Other than the Community Rink photo above, the Horgas Collection also includes that rink's lobby, the student section, a 45-pound plate from the weight room (not as boring as it sounds, trust me), an overview of said room, and an exterior view from the staff parking lot.

In what can be classified as your typical Jeff Cox McPost (working definition: quick filler posts that probably didn't need to be anything more than a tweet), it's observed that Penn State returns more of its scoring production than any other team in the Big Ten. And immediately after, Cox argues that it's pointless to look at PSU's returning scoring due to the team's schedule last year. Okay. Thanks for that.

If you couldn't tell, I'm not really a fan of the post. Just doing my job and sharing it.

Students Invent Bag to Get Around Stadium Security
(Onward State)

While Beaver Stadium has been the focus of Penn State's new policy prohibiting bags other than ones that are clear, plastic and one gallon or less in volume, it's important to remember that the rules apply to all athletic events - including those at Pegula Ice Arena. Fortunately, enterprising individuals, including a group of current PSU students and recent alumni, are already at work helping people cope with the new reality through an innovative new product.

Ohio State's men's single-game tickets are on sale now, which obviously includes Penn State's trip to Columbus on the January 31-February 1, 2014 weekend. Go forth and conquer.

PS. The women are also at OSU this year, on January 3rd and 4th of next year, but those are free admission.

Sticking with the Buckeyes, here's an amazing review of the men's team's new alternate jerseys from a blog that makes me think OSU people aren't all that bad, provided they're not big American-style football fans.

After calling for a last-place Big Ten finish for the Nittany Lions, the Big Ten Ice Hockey Blog has pegged Michigan State for fifth. I just don't see it. If anything, I have a bias in favor of Sparty - I sincerely like the school and the program, and MSU is certainly one of the most storied programs in the sport. But PSU is a better hockey team right now.

On January 17, 2014, Minnesota will host an outdoor doubleheader at TCF Bank Stadium. The Gopher women open up against Minnesota State at 5:30 p.m. eastern, followed by the men's team versus Ohio State. So if you're one of those people who still gets excited for open-air hockey not involving your favorite team (I'd place myself in the "heightened interest" category, but "excitement" is too far), enjoy.

It looks like Mariucci Arena is ready for the Big Ten: 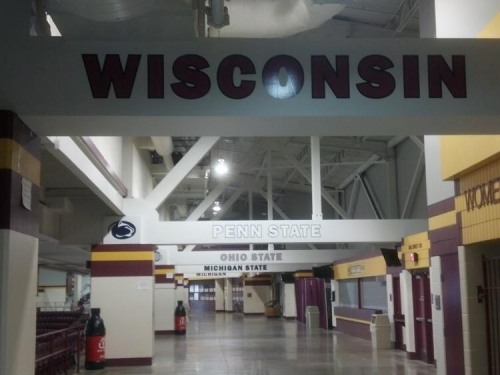