Wednesday afternoon, on the eve of the Big Ten's inaugural media day, the conference unveiled its tournament trophy on Twitter. This piece of hardware will go to the winner of the league playoffs, held March 20-22 in St. Paul, MN's Xcel Energy Center: 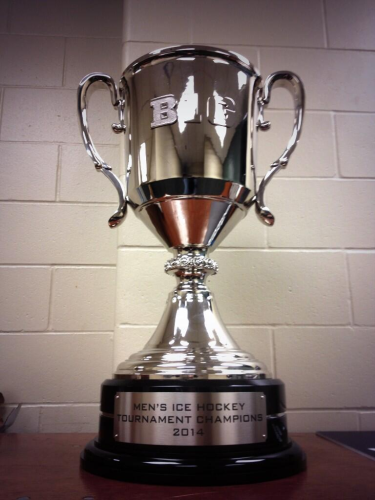 Just to complete the set, here's the Big Ten's trophy for the regular season champion, which has been out there since March: 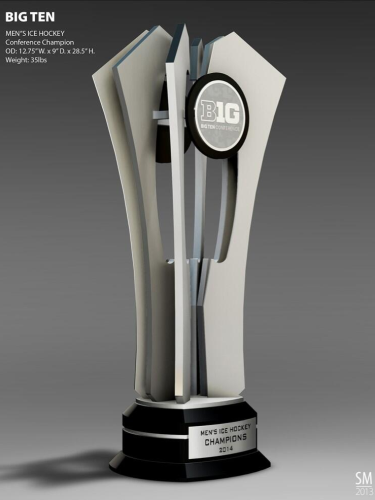 Based on an early scan of the feedback I may be in the minority, but I like both of them, especially the regular season version, which screams "hockey" (think skate blades and a puck) at me more than it screams "trophy." And that's what I want.

While many consider the playoff trophy too boring and the regular season version too non-conventional, what exactly was the Big Ten supposed to do? It's a new conference for hockey. It's really a Catch-22 for the league. Go classic, and people will say it's boring and lacks tradition. Own your newness and take things avant garde, and people will make jokes. The Big Ten did both and therefore gets the worst of both worlds from critics.

Somehow generating something that's been contested for decades wasn't exactly on the table. And outside of that fact, the Big Ten tournament trophy isn't significantly different from the WCHA's MacNaughton Cup or the ECAC's Cleary Cup, if people are being honest with themselves. Tradition only comes with time, and provided that the Big Ten doesn't conduct a redesign every six years, in 50 years, these will carry every bit of the emotional capital of other conference trophies, even though it doesn't appear as if the Big Ten trophies will travel.

Disagree? That's fine. But you have to admit that it's better than this, eh? 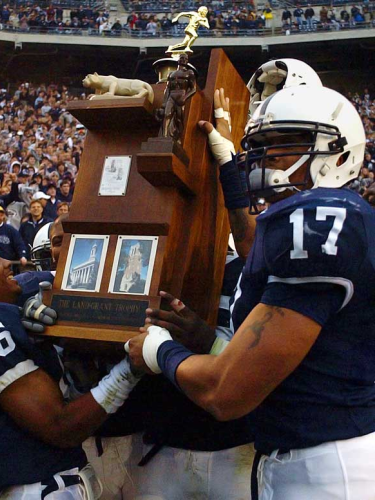