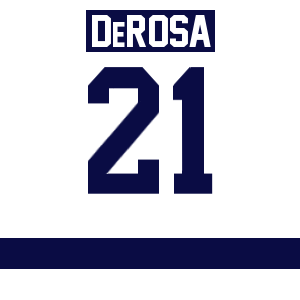 Ricky DeRosa isn't the most hyped member of Guy Gadowsky's freshman class. He's not an NHL draft pick, he's never played in a major international tournament like the World Junior A Challenge, and he didn't win a league championship in junior with the NAHL's Port Huron Fighting Falcons. Chris Heisenberg even omitted DeRosa on his otherwise excellent spreadsheet of college commitments. But take a closer look at the Philadelphia-area native's time with the Falcons after a trade from Amarillo in the middle of their 2010-11 inaugural season, a pathetic 6-46-6 campaign. By the time DeRosa was done, he had captained Port Huron to consecutive playoff appearances while also finishing his career as the top scorer in the team's short history. His coaches, to a man, praise his work ethic, community service, leadership and other intangibles. Basically, think Tommy Olczyk with a bit more offense. And don't be surprised if he follows Olczyk in wearing the third letter of the alphabet on his chest at some point. 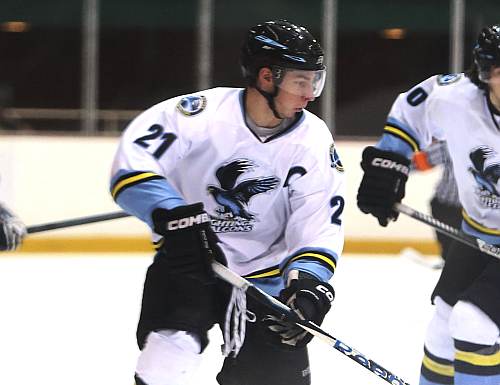