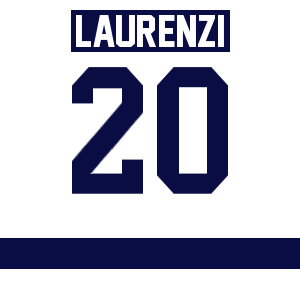 "Two-way forward" is often used as a euphemism for "great defensively, but don't give them too many o-zone starts." Not so with Emily Laurenzi. Sure, the first part of that is valid - her +6 rating led the team in 2012-13 (not insignificant when PSU allowed 25 more even strength or shorthanded goals than it scored). She also blocked 20 shots and was one of Josh Brandwene's go-to centers for faceoffs, as her 258 draws won were tops on the Nittany Lions. But Laurenzi also showed good offensive punch, finishing sixth in points and settling in on a scoring line with the explosive Hannah Hoenshell almost always on her right wing. The National Sports Academy product was the first player to commit to Penn State for last season, and therefore the program's first player who never played in the ACHA. Another important first: she scored the winning goal with 5:50 remaining at Lindenwood on November 17, 2012 to deliver what is still PSU's only CHA win. 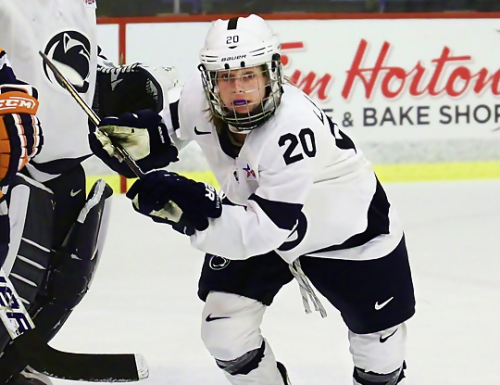