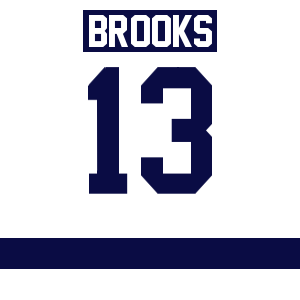 Perhaps the most impressive thing about Kenny Brooks is that he doesn't have to play the way he does. His father, Kirk, owns the USHL's Tri-City Storm and is in the habit of buying other hockey entities related to his son's career. Money talks, and as long as Kenny turned out to be a half-decent player, he was always going to have a roster spot somewhere. But Brooks, to his credit, is all team. The right wing once played an extended stretch on defense for Tri-City when the Storm was shorthanded on the blueline, and he also made a cameo there under similar circumstances in 2012-13 for the Nittany Lions. He's one of Penn State's hardest workers and best playmakers, and can most often be seen on the backcheck or working the corners to set up someone like David Glen. Brooks assisted Glen on the overtime goal that game PSU its first NCAA-era win on October 13, 2012, and he put up a goal and two assists in the sweep of Alabama-Huntsville on February 8th and 9th. 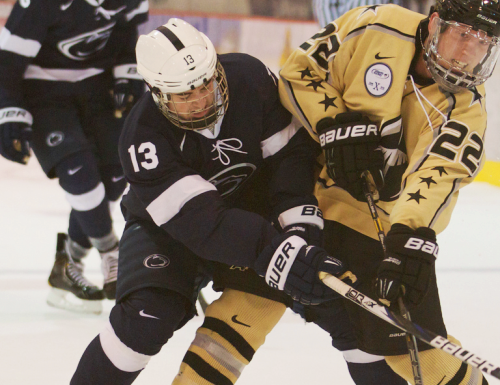