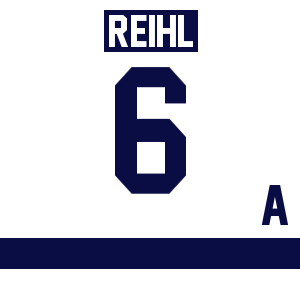 Lindsay Reihl is truly a remarkable player. The fact that she came to Penn State before the Pegula donation announcement and made the jump to the NCAA team is significant enough by itself to make that statement, of course. But it's more than that, because she's far from a mere hanger-on, she's a great defender, and an every-game player who wears an A on her sweater. The coup de grace is the fact that Reihl made herself valuable enough in 2012-13 to be asked back this season as a graduate student. That sets her apart as the only former ACHAer, male or female, with whom PSU's coaches were willing to take advantage of the NCAA's five-in-four rule, which (in this application) allows former members of the ACHA teams to play five total years of college hockey. With the Lady Icers, Reihl was the club's three-time defensive player of the year. She was also, in 2011, a member of the first women's team USA Hockey sent to the World University Games, helping the squad to a fourth-place finish. Just in case you needed more, and as her pursuit of a graduate degree suggests, Reihl is also an outstanding student - she was named a 2012-13 Big Ten Distinguished Scholar for carrying a GPA above 3.7. 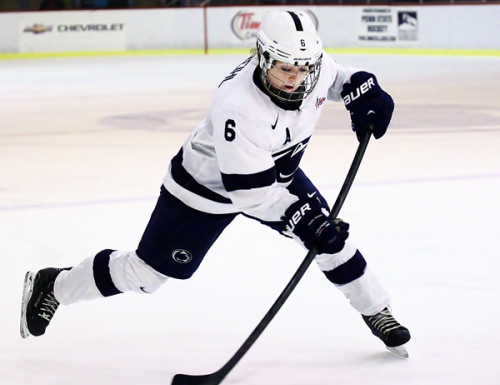