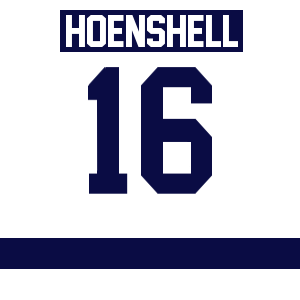 Although women's games will carry an admission charge ($5 per game, $50 for the season) this year after being free in 2012-13, the chance to watch electrifying Hannah Hoenshell is more than worth it. Arguably Penn State's most dangerous one-on-one player - male or female - the former Alliance Bulldog is generally good for at least one hands-driven "wow" play per contest. With Hoenshell though, flash meets production, as she was second on the Nittany Lions only to Shannon Yoxheimer in goals per game (0.31) and also put up the first hat trick in PSU's NCAA history on November 2, 2012 against Sacred Heart. A two goal, two assist effort against Chatham on January 4th was impressive enough that she didn't even need to play in the next day's rematch to take home the first CHA Rookie of the Week award of the calendar year. Hoenshell will continue as one of PSU's key players this season as Josh Brandwene looks to develop scoring depth up front. 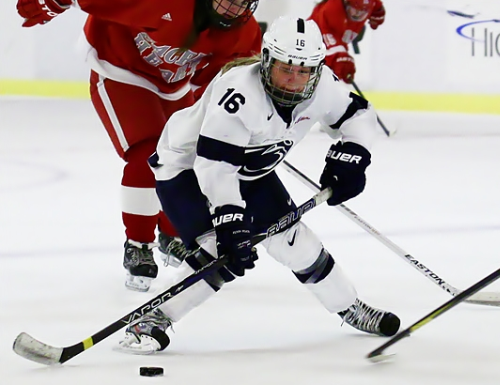