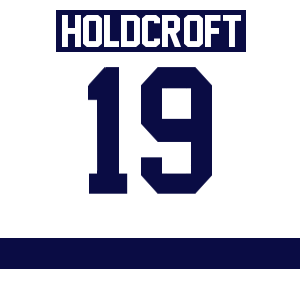 While she's considered to be one of the finest hockey players ever produced by the Centre Region, native daughter Jill Holdcroft, simply put, is one of the most fun players to watch hailing from any region. She plays the game as if her life depended on the outcome, frequently barreling into high-traffic areas among much bigger players. The reward: 10 goals, second on the Nittany Lions only to Shannon Yoxheimer. Holdcroft, whose father Tim and uncles Bob and David all played for the Icers, almost never loses a puck battle and was PSU's best on faceoffs last season, winning 52.7 percent of her draws. Amazingly, despite her high-energy style, she only spent four minutes in the penalty box, the lowest figure among Penn Staters playing in at least half of the team's games. She broke her wrist in the Lions' final regular season game, February 23rd at Robert Morris, and had to miss the two one-goal losses at RIT that eliminated the team from the CHA Tournament. The guess here is that 2013-14 opponents aren't going to have a lot of fun playing against Holdcroft, because one can only imagine what she's like with a chip on her shoulder. 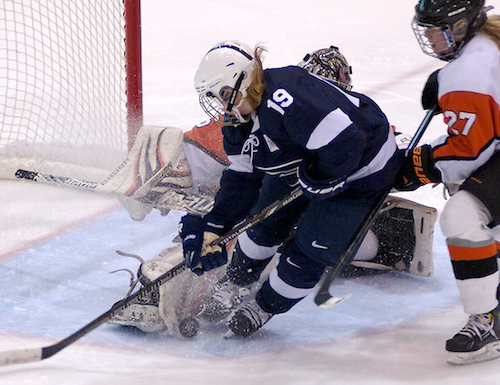