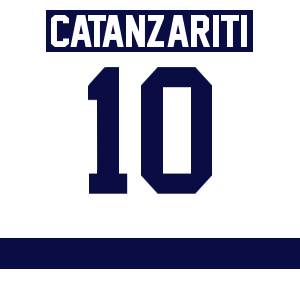 Unofficially, Micayla Catanzariti wears a different uniform than everyone else, one that includes twinges of black (and maybe some purple) with her white and blue, as she blocked an incredible 57 shots in 2012-13. The number is impressive no matter how you break it down: it was greater than 10 percent of the team's total (527), it was 19 higher than the next best Nittany Lion (Paige Jahnke), and it was more than 15 percent of the total number of saves by goalie Celine Whitlinger, who played more than 500 minutes last year and faced some pretty heavy shot counts. Toss in the efforts of frequent linemates Jill Holdcroft and Jenna Welch, and Catanzariti was a key part of one of the nation's grittiest units. Aside from assassinating stereotypes about laid-back Californians, she also played an important offensive role in PSU's season-highlighting opening-game win at Vermont by scoring two second-period goals and assisting on Birdie Shaw's empty netter - an outing that brought in CHA Rookie of the Week accolades. 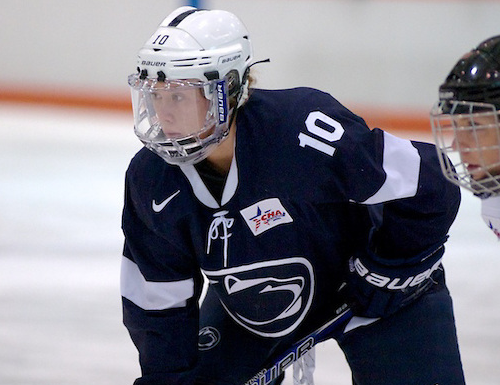