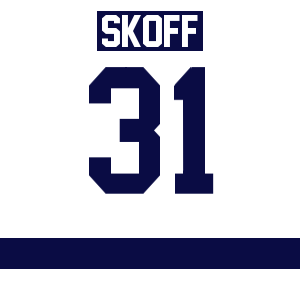 When listing the reasons for the Nittany Lions' surprising competitiveness as a first-year NCAA program in 2012-13, Matt Skoff belongs somewhere near the top. The one-time Ohio State signee came to PSU after a three-year run as a workhorse for the USHL's Sioux City Musketeers and, after a nervous start, definitively grew into the starting goaltender's role by the end of the season. Look at PSU's signature wins, and there's a pretty good chance that Skoff can be found next to a larger-than-average number in the box score: 36 saves against Ohio State, 34 against Vermont and 42 (his career high so far) against Wisconsin. While he is certainly capable of the spectacular save, Skoff's bread and butter is his superb vision, intelligence and lateral movement that often make the difficult ones look easy. 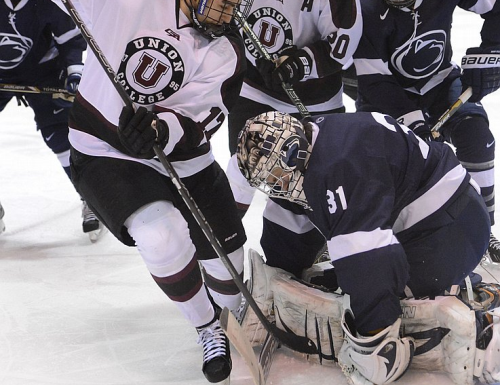