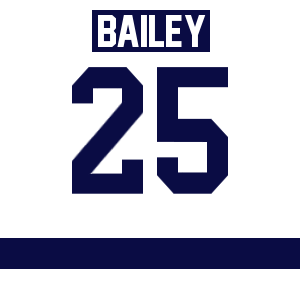 Casey Bailey is one of those rare players with freakish shooting ability who also isn't afraid to get dirty, and he scored plenty of goals both ways in 2012-13. One was the first snipe in Penn State's NCAA history, which fell into that latter category after the Alaskan parked at the top of the crease to bang it home in the opener against AIC. The former Omaha Lancer was at his finest in the huge win over Ohio State at the Three Rivers Classic in Pittsburgh on December 29, 2012. Playing with Max Gardiner and Taylor Holstrom on what would become PSU's best scoring line by the end of the season, Bailey tallied twice and added a pair of assists among nine points total by the trio to outduel the Buckeyes. He went on to lead the Nittany Lions in points and power plays goals while ranking second in goals and assists. Bailey has swapped numbers this season after wearing 18 last year, presumably to get his countdown post done sooner. 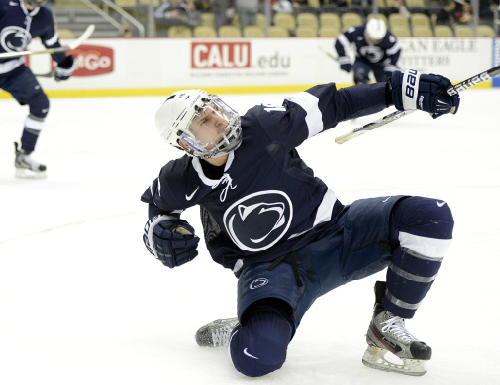