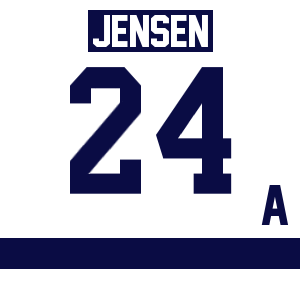 Nate Jensen is one of those players who always seems to be in the right place at the right time. He joins the rush when the rush needs joining. He pinches when a pinch is needed to keep a play alive. And perhaps even more importantly, the second-year alternate captain knows when not to do those things. Jensen is great on offense, even better on defense, and arguably, Penn State's most well-rounded defenseman - an assertion supported by his teammates, who voted him as the Nittany Lions' top blueliner at the end of the 2012-13 season. The son of 1984 Olympian Dave Jensen played his freshman campaign at Mercyhurst with Taylor Holstrom before transferring to PSU and playing for the Icers two years ago, helping the team to the ACHA's top ranking along with a run to the national tournament's semifinals. In addition to his on-ice skills, Jensen's leadership may prove vital this fall as the Nittany Lions welcome three new defensemen to the program, all of whom are expected to play big minutes. 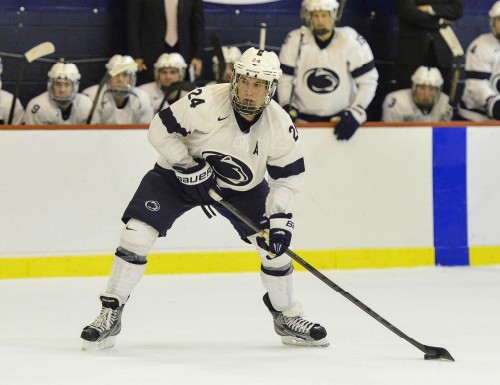