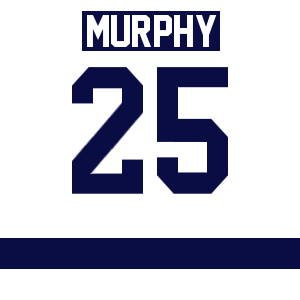 The fourth of seven former ACHAers who will be featured in the women's countdown, Katie Murphy enters her junior year looking for her first goal against NCAA Division I competition - although not her first point, as she assisted on a gino by Carly Szyszko with the Lady Icers against Sacred Heart on January 13, 2012. In 2012-13, Murphy was a frequent linemate of Tess Weaver, as the two were together for seven of the Recreation, Parks and Tourism Management major's 13 times in the lineup. The pair joined with Birdie Shaw for a late-season series at home against CHA champion Mercyhurst that saw the defensively-inclined left-handed shot deliver some of her best hockey of the campaign. She is one of four Nittany Lions produced by the famous Honeybaked program in the Detroit area, joining Shaw, Madison Smiddy and Jordin Pardoski in that regard. 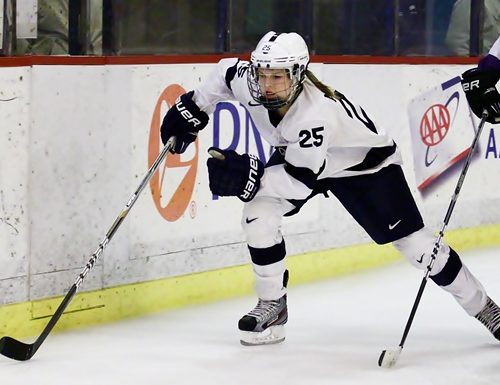