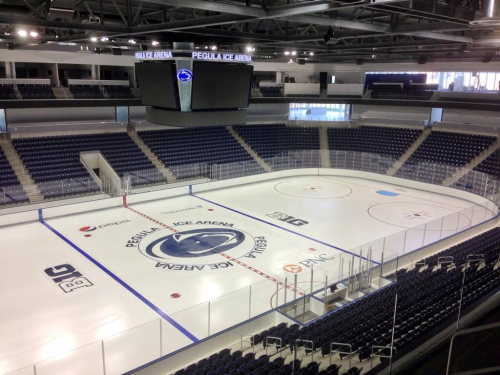 Fans interested in purchasing tickets can visit the Bryce Jordan Center Athletic Ticket Office, which is open weekdays from 9 a.m. - 4:30 p.m., or by calling 1-800-NITTANY. Single-game tickets in the main bowl start at just $15 per game, with the most expensive ticket priced at $23. Standing-room only tickets cost $10 each.

For most Penn State games, 200 single-game tickets in the main bowl will be available, in addition to the standing-room option. Approximately 1,200 general public tickets will be available for the six games that were not included in student season tickets (Nov. 30, Dec. 1, March 7-8, March 14-15).

The Nittany Lions' highly-anticipated opener against Army Friday, Oct. 11 is sold out, with no bowl seats or standing-room tickets available. Fans interested in attending the first game held at Pegula Ice Arena can purchase one of a limited quantity of single seats that are available for the season.

In addition, student single-game tickets for the aforementioned games not included in the season ticket package cost $10 each.