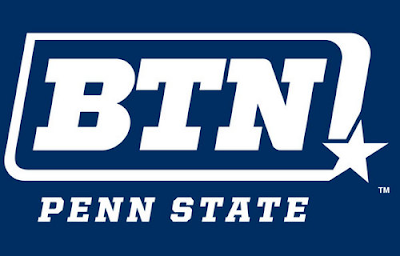 The full BTN schedule has not been released yet, so there's at least a chance that PSU's series at Wisconsin on February 24th and 25th will make it to the network, although this news almost certainly reduces the likelihood of that possibility. It's improbable that any other games make it to the big stage, although several are likely to be carried by the local outlets of opponents.

Regardless, Michigan State represents an exciting opponent for a first BTN go, one that made it to the NCAA Tournament last season under then first-year coach Tom Anastos. The Spartans are a historical giant of college hockey, a legacy that includes three national championships, nine Frozen Four appearances and 25 conference regular season or tournament titles. For 2012-2013, MSU loses three NHL draft picks and superstar defenseman Torey Krug, who signed with the Boston Bruins. However, goalie Will Yanakeff is good enough to get a young team through some early growing pains. A talented recruiting class, including Shattuck-St. Mary's product John Draeger on defense, should find its legs by the time PSU rolls into East Lansing.

Contrary to what might be popular belief, this won't be Penn State hockey's first time on any sort of television. The Icers made a smattering of local TV appearances, including as far back as the 1973-1974 season.

Response from national broadcasters to the new NCAA program has been somewhat tepid so far, as both NBC Sports and CBS Sports passed on the Nittany Lions when releasing their schedules. It's unfortunate but somewhat understandable, as the novelty of a "new" team and Penn State's brand name has been outweighed by the unknown quality of the team and the "let's wait until next year when the arena's done" factor.

Speaking of next year, the Big Ten Network is expected to be a much larger presence for PSU hockey at that point, since it marks the inaugural season of the conference sponsoring hockey. One has to imagine that a majority of Nittany Lion games will be either on television or on the BTN's digital platform from that point.

Beyond the Saturday at Michigan State and for this season, PSU fans (and bloggers) will probably have to rely heavily on a not-yet-announced online streaming arrangement (better get on that guys, season starts in 11 days) as well as the streaming arrangements made by opponents for away games.
Posted by Kyle Rossi at 1:58 PM