Since I didn't produce a live blog or have access to postgame comments (due to a lack of wifi at the rink and going credential-free for this tilt), I figured the least I could do was take a few photos. Click any of them to enlarge.


First up is Rockwell Hall, home to BSC's School of Arts and Humanities and by far the nicest building on a pretty utilitarian campus. 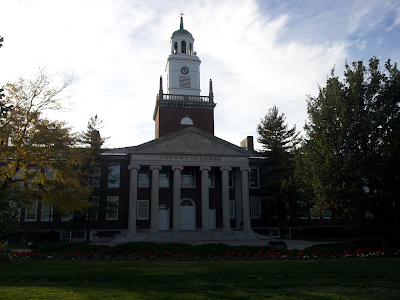 This is the exterior to the Buffalo State Ice Arena, which is actually part of a larger sports arena complex that also includes BSC's basketball gym. 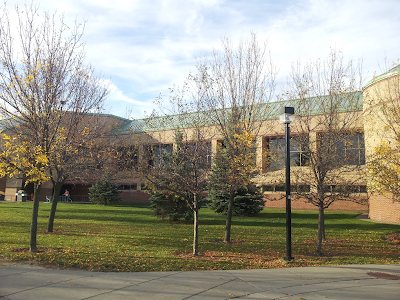 The game was the season opener for the Bengals, and they were pretty excited about that fact. 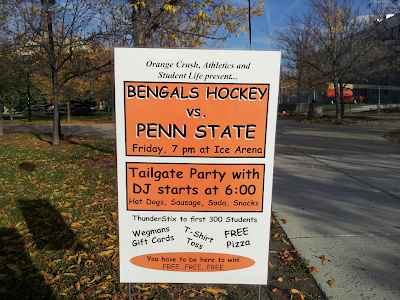 Here's Matt Skoff making a save during warmups. 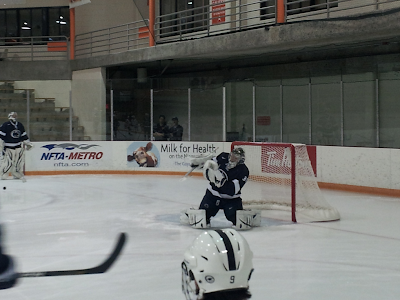 And another of Skoff...turns out goalies are easier to photograph than most players. 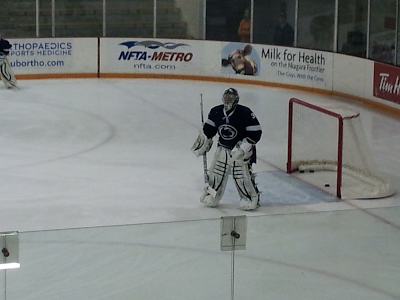 I made a few attempts at skaters anyway - this is Tommy Olczyk (carrying puck) during warmups, along with Nate Jensen (24), Taylor Holstrom (28) and Brian Dolan (25). 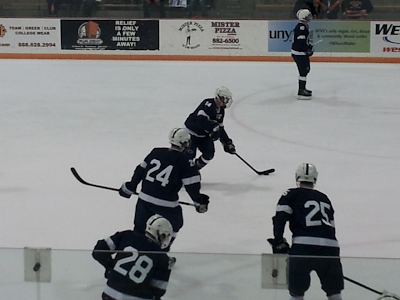 Here are the Nittany Lions emerge from the locker room before the start of the first period. The nice thing about small rinks is that they let you go almost anywhere. I probably could have walked back into the room if I wanted. 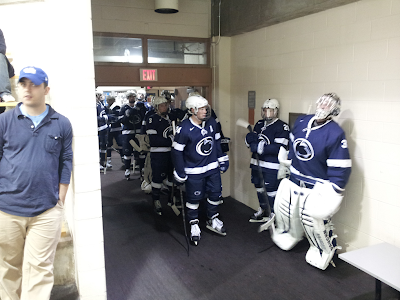 Shortly after that, the team lined up for the starters and national anthem... 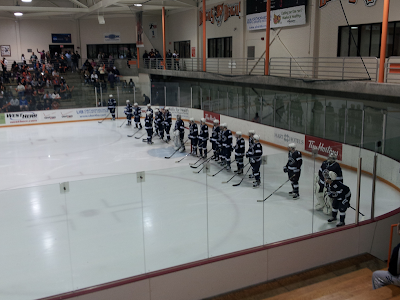 ...followed by the opening faceoff. As far as I could tell, everything was still going well at this point. 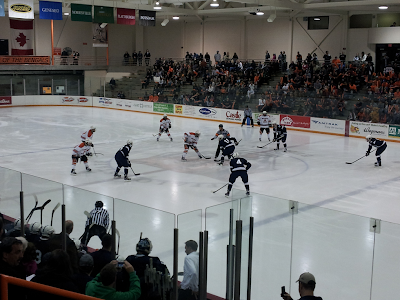 Buff State brought a large and enthusiastic crowd, but one that also came with several Jerry Sandusky-related signs, at least one of which was confiscated by police. 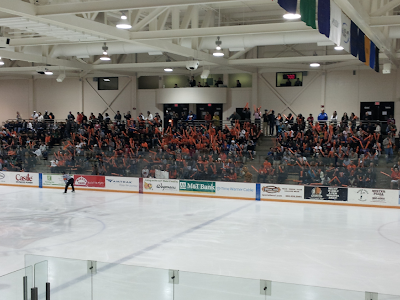 Here's what was a fairly common sight during the game - discussion of a penalty call. The PSU players are George Saad (left) and David Glen (right). 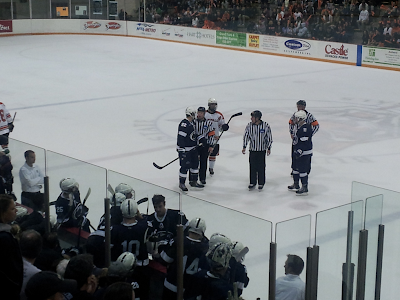 The Penn State bench. P.J. Musico (1) and Mark Yanis (5) are in the foreground while coaches Guy Gadowsky and Matt Lindsay study the action. 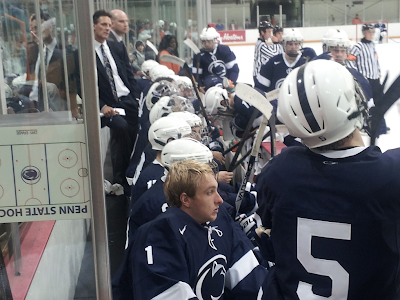 Because faceoffs are the goalies of game action, here's another one. David Glen (11) and Curtis Loik (15) are the two Nittany Lions, while Buffalo State goalie Kevin Carr ended up with a 35-save shutout. 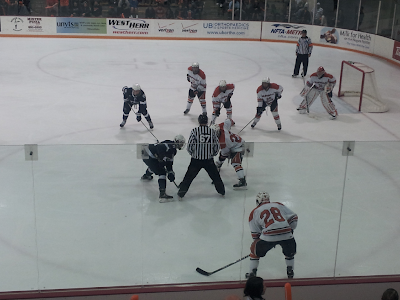