Guarding the southern edge of Altoona's campus, Spring Run appears to be straight out of a Robert Frost poem. 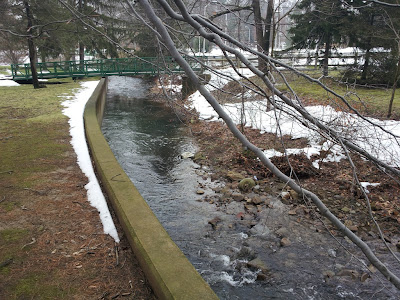 Named for that particular stream, Spring Run Stadium is the home of Altoona track and soccer. 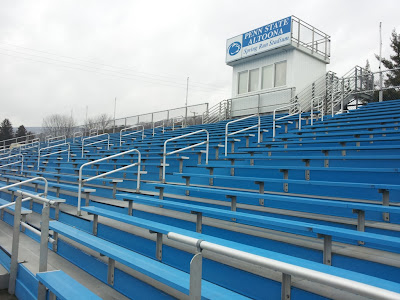 Here's a look at the Nittany Lion logo in the middle of the field. 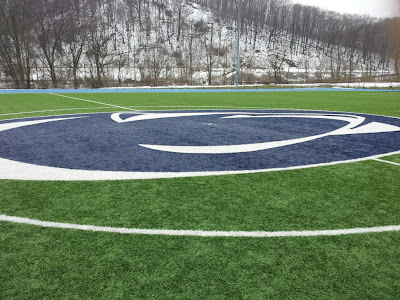 Cute? Creepy? Both? These statues, depicting children doing things appropriate to various spots around campus, are all over the place. 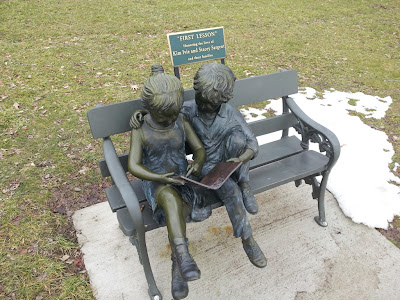 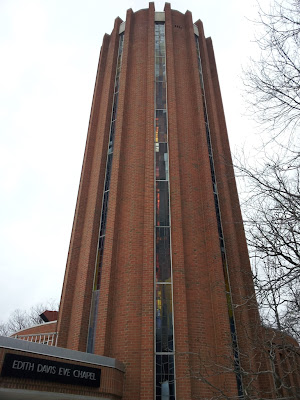 Actually, Altoona's centerpiece is not a building, but rather the Reflecting Pond, shown in front of the Harry E. Slep Student Center to the left. Residence halls line the northern edge of the campus - that's the Oak Residence Hall to the right of the student center. By the way, according to one nearby sign, skating is permitted on the pond, although it certainly doesn't appear ready for that at the moment. 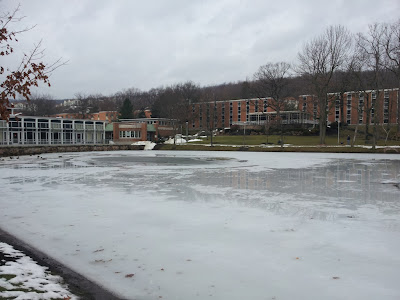 The signage and architecture at Altoona is familiar to anyone who has been to University Park. This is the E. Raymond Smith Building, the administrative hub containing the offices of admission, student aid and the chancellor, among other things. 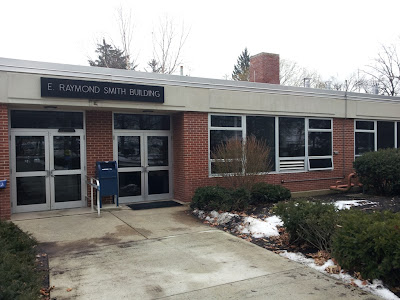 Heading across town to Galactic Ice... 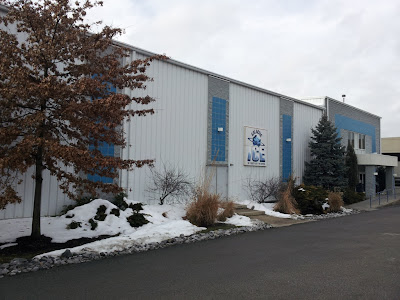 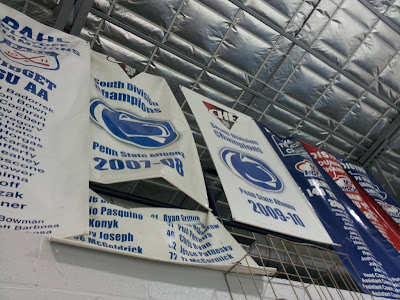 Here's the opening faceoff between Behrend (in blue) and Altoona, because I took these with my phone and can't produce decent shots when people are moving. 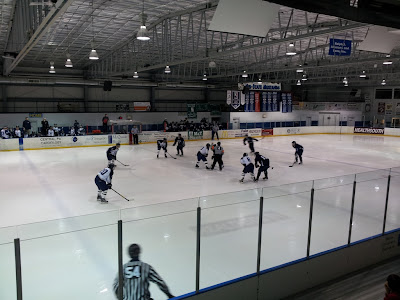 The assembled crowd enjoyed quite a game. 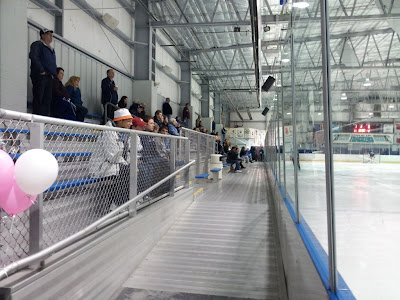 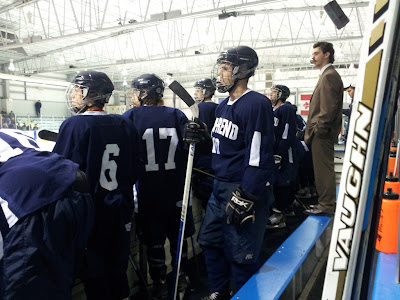 On the other side, Altoona coach Tom Lantz (suit) and forward Austin Hyatt (19) are just as intense. 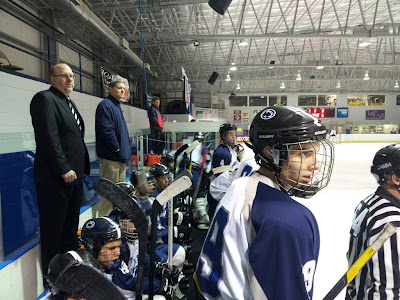 The Nittany Lion made an appearance, decked out in his Altoona sweater. 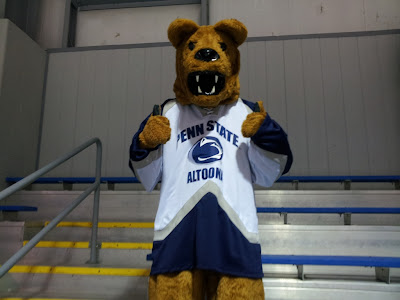