Photos from Saturday's trip to Philadelphia for Penn State's 4-2 win over Vermont at the Wells Fargo Center in the inaugural Philadelphia College Hockey Faceoff. Click any photo to enlarge.

Since I stayed in University City, on Saturday afternoon I walked over to the Class of 1923 Arena, the former home of the University of Pennsylvania's defunct NCAA Division I program. My intent was just to take a couple photos, but I stumbled on an ACHA Division 1 game between host Drexel and John Carroll and watched it until I had to head down to South Philly. 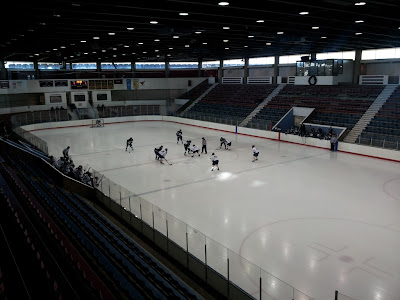 Here's the Drexel bench, the losing side by a 5-4 score. 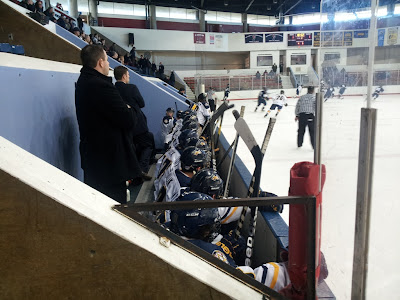 When all else fails, take a picture of the outside of a giant arena. 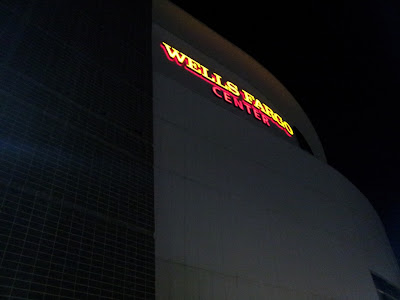 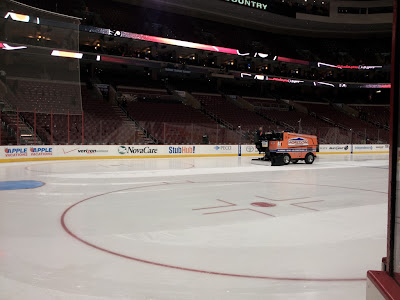 This Flyers equipment guy looks like he knows he's in for a long night. 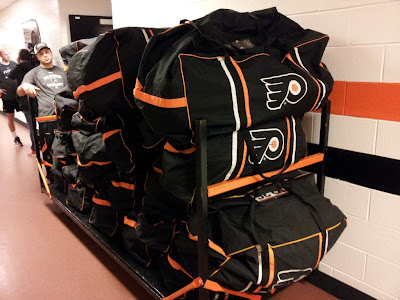 Here's Philadelphia defenseman Nicklas Grossman being interviewed following the Penguins' 3-1 win over the Flyers in the NHL season opener that preceded PSU-Vermont. 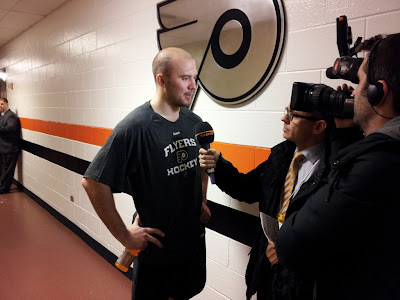 Largely because Pittsburgh's Consol Energy Center is 14 years newer than its Philadelphia counterpart, the media accommodations weren't quite as luxurious. Still, Wells Fargo Center has a legit snack nook. 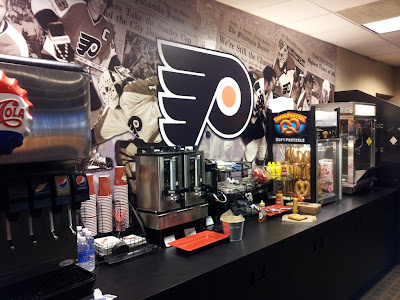 If I didn't see it for myself, it wouldn't have believed it... 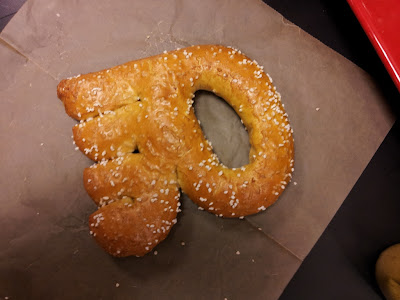 The opening faceoff, before a sellout crowd of 19,529. Pretty incredible, especially if you're familiar with the "girlfriends and parents" gatherings of some of PSU's former ACHA opponents (see the attendance for former Icers ESCHL rival Drexel, above, as one example). 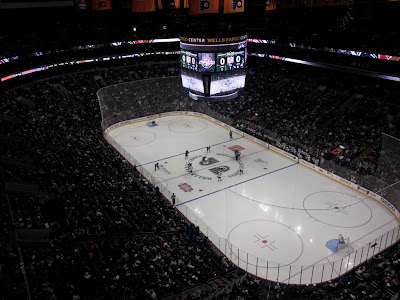 Finally, Guy Gadowsky after the game - we didn't get the press room this time around, but I can report that Ke$ha's Die Young was blasting out of the Nittany Lions' locker room, just behind Daily Collegian writer Rob Greissinger's head. 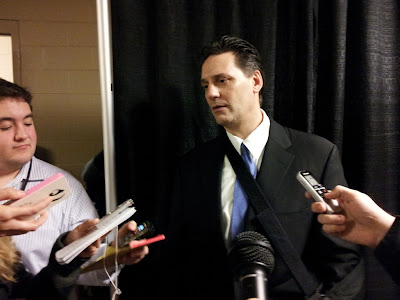