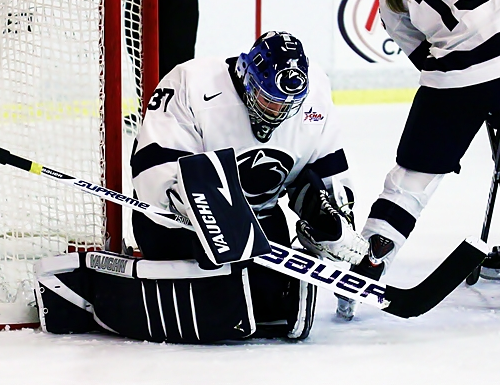 Someday, I just want to hang out and talk puck with McCullion. Luckily, others have already done that and recorded it.

Not surprisingly, peripherals like buses, receptions and Meet the Icers come along with games in large cities. A lot of people are jealous of the media due to the whole free admission thing and the "access" (yeah, good one) we get. But I'm jealous of people who get to do things like this.

Paniccia says Ross Insana is a great writer. Insana says Paniccia is an all-around awesome person. Can't sell it any better than that. 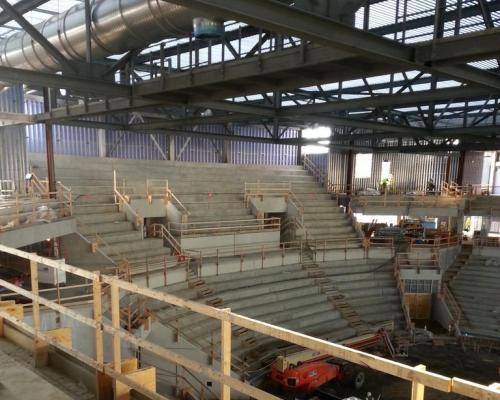 Apparently, the arena is coming along quite nicely. I'm guessing I'll finally get a tour on approximately October 11, 2013 along with the rest of you, and will have to settle for slobbering over photos like this in the meantime. Thanks for the help, Mr. Downey.

The Inside Scoop on the Best Seats in the House for Pegula Ice Arena
(statecollege.com)

So the answers to the "best seats" question are ones that cost $900 or $1100 per seat per season. Anyone surprised by that?

The title pretty much speaks for itself - Celine Whitlinger was named CHA Rookie of the Week last Monday, and the video is a nice little set of clips helping to justify her selection. 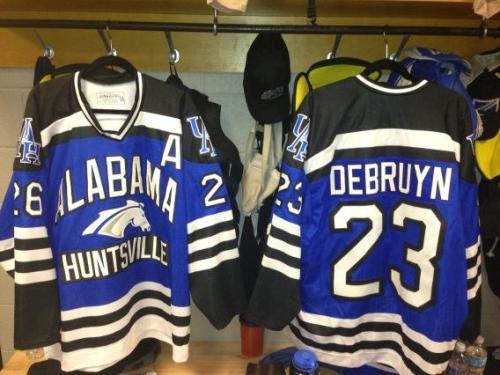 Alabama-Huntsville broke out new jerseys over the weekend, and it seems likely that they'll be wearing them when visiting the Ice Pavilion on February 8th and 9th. I think you guys missed a spot, I can still see some blue.

No, people who score five goals in a game, as Vint did on November 10th against Penn State, probably aren't undergoing a sophomore slump.

I sincerely like Robert Morris' program, in spite of the fact that noted scumbag/Penn State hater Mark Madden does as well. That said, I don't really see them as a rival, because they failed the Dad Test.

For those unfamiliar, the Dad Test involves judging the appeal of something in Penn State hockey to "mainstream PSU" by my dad's (an alumnus and avid football/basketball fan who watches volleyball once they're in the semifinals... so he's pretty typical, I think) reaction to it. On Saturday, he asked me who Penn State was playing.

You get where I'm going with that. Right or wrong, the big games to most people - at least until PSU develops a stronger specific-to-hockey following - are going to be against the schools with recognizable names. 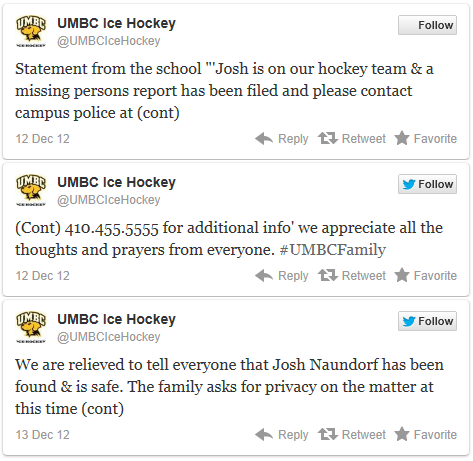 Scary? Bizarre? Particularly without further detail, I'm not even sure how to describe this incident, which saw UMBC (a MACHA rival of the ACHA Division 2 Ice Lions) freshman goaltender Josh Naundorf go missing last Wednesday and Thursday. Whatever happened, it's good to hear that Naundorf's whereabouts are once again known, and that he is safe.
Posted by Kyle Rossi at 2:14 AM