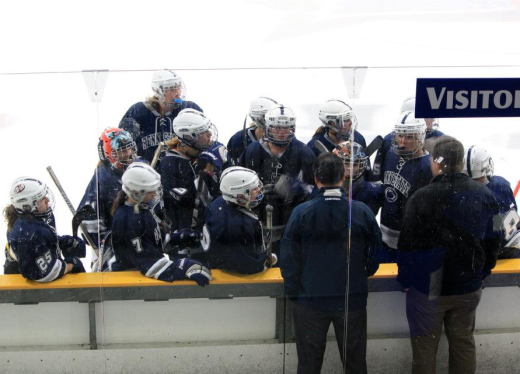 It will not be played at the Ice Pavilion, but at Galactic Ice at 750 Park Avenue in Altoona. For those unfamiliar, the rink is easily accessible from I-99, Exit 32 (about 40 miles south of State College) and located next to Blair County Ballpark, home of minor league baseball's Altoona Curve. 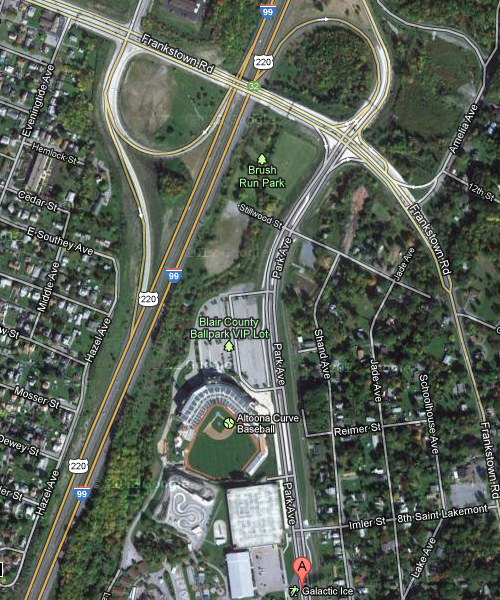 Penn State, recently ranked fifth in ACHA WD2, has been idle since stomping Maryland 5-0 on November 3rd behind Devon Fisk's hat trick to raise its record to 3-1-1. Fisk has six goals this season to lead the team and rank 10th in WD2 in goals per game. Other key contributors include several names familiar to fans of last season's final Lady Icers team, including captain Carly Szyszko, club president Mary Kate Tonetti, defender Allie Rothman, and a goaltending tandem of Katie Vaughan and Sarah Eisenhut with a combined goals against average of 0.99. A strong group of freshmen, including Nina Elia, Tara Soukup and Mandy Mortach, have stepped to the fore as well.

The game Sunday sets up as quite an important tilt, thanks to WD2's east-west system that sees the top four teams from each region invited to the national championship tournament regardless of their placement nationally. So while Slippery Rock is ranked 11th overall, the Pride is fifth among eastern teams, just one spot behind PSU's slot within the east. A win Sunday, then, would seem to go a long way towards solidifying Penn State's chances of playing into March.

The key to making that victory happen will be slowing down SRU forward Christy Pastucha. Pastucha who, like Vaughan (and several members of the NCAA women's team) is a Pittsburgh Penguins Elite product, has a ridiculous 21 goals and 24 points this season and will try to crack a defense that has only been scored on five times. It should be an intriguing matchup, and I encourage anyone able to get out and give this team some well-earned support for their long-awaited Central PA debut.