Ohio may or may not win either of the final two installments of the best rivalry the ACHA has ever seen, Friday and Saturday evening at OU's Bird Arena. However, they've already won in one regard: retrospectives on the series (acknowledging my own role in that as someone who meant to do a sweeping history and didn't). Rather than be bitter about it, I thought I'd share some of what's come from their side - including interviews from current coach Dan Morris, former coach Craig McCarthy, and a brilliant video that captures the intensity and significance of the rivalry. 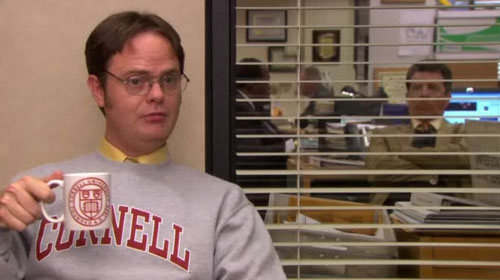 The (OU) Post also checked in with a nice piece today that includes quotes from new Icers Hall of Famer Bill Downey, as well as Morris, McCarthy and forward Nick Rostek from the Bobcat side of things. Oh, and scoop alert:


Though Penn State will be moving up and Ohio will remain in the ACHA, the rivalry with the Bobcats is not quite over. Ohio will travel to State College, Pa., for two games next season, tentatively scheduled for February 2013.

It certainly won't be the same then, not with the gap between the two teams that will (hopefully) be evident, but it's still nice to hear that OU will grace the Ice Pavilion in its final season as Penn State hockey's primary venue.

Finally, a few of my favorite OU-themed TYT posts. I love that I've been around long enough now to do "best of" stuff when I slack off.