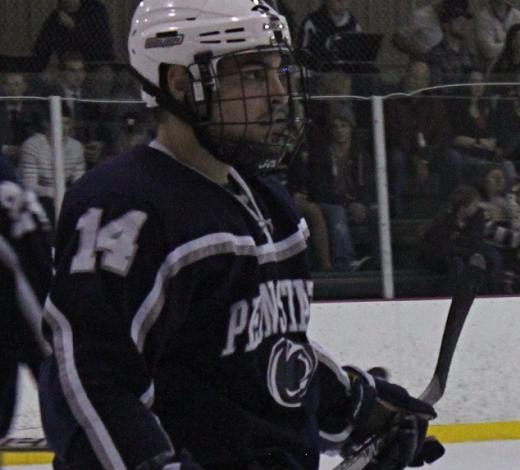 Lady Icer Abbey Dufoe is academically inclined and socially conscious. Basically, everything we like to brag about when it comes to Penn State student-athletes. Therefore, you should repay her by reading her blog and checking out her Tumblr as well.

Ice Lions captain Jim Recupero returned home from a highly-successful tour with the D2 Selects just in time to help PSU climb to 18-2-0 via a 7-2 trouncing of Pittsburgh on Saturday night. While over in Europe, he helped the ACHAers to a perfect 6-0-0 record by scoring in the first four games (stats for the final game were unavailable).

Remember that time Penn State played at Oklahoma and there wasn't any video? Well, here's the next best thing: a ton of great pictures. 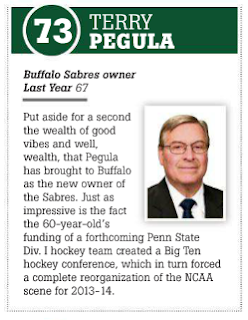 That Terry Pegula was included in THN's annual list was not a surprise. That he dropped from 67th last year to 73rd this year, yeah, that was a little surprising. Reminder: he didn't own the Buffalo Sabres (or the AHL's Rochester Americans) at this time last year. Even the NCAA conference shakeup cited in his blurb hadn't gotten underway yet. Curious, to say the least.

Hershey Puck only squeezed the Bears into four of the top 10 Pennsylvania hockey stories for the upcoming calendar year, so I suppose that's a start.

PSU did get in on two themselves - pretty exciting to think that our NCAA men's and women's programs will debut and the Pegula Ice Arena will break ground before we celebrate new year's for the next time, no?

I'm not sure how he does it, but we're all better for it.

One Central Oklahoma observer called their shootout upset of the Icers on Friday the biggest win in their program's history. I think the other time the Bronchos beat PSU gets a little bit of a shaft in that statement (at the 2010 national championships, UCO beat No. 2 PSU in overtime to advance to the semifinals), but who am I to judge? The team looks pretty happy about this one too.

College Hockey: The Most Underrated Atmosphere in Sports
(Let's Zoo It)

A college hockey convert at Western Michigan tells his story:


An impressive 4-2 victory later capping off a series sweep of the spartans in Kalamazoo was enough to get the whole community rocking, and sold me on my new favorite sport to attend. And by the way, these fans didn’t leave to go drink at the end of the second intermission. This was true, genuine, fight-for-our-team approach from this student body. It really says something about a sport when you can take a student body noted for its generally poor attendance and passion and have them stay till the final horn sounds and lock arms singing the alma mater with the band. Pretty powerful stuff.

I think it's cute when the NCHC thinks it's a real conference. But yeah, they hired a commissioner, and admittedly, the former CEO of the United States Olympic Committee is a nice pull.

That was fun, wasn't it? 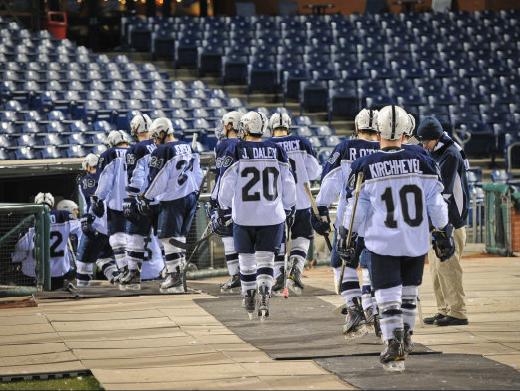