Here are some pictures taken from the Citizens Bank Park field prior to the Penn State-Neumann warmup. Click on any of them for a gallery view with a larger size. 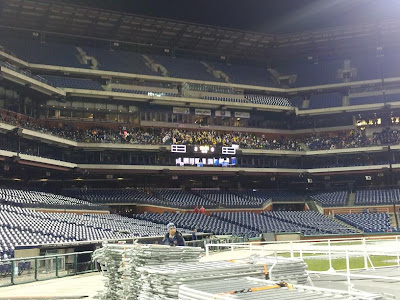 I thought this was a good establishing shot, because it shows where the crowd was seated - as well as a few of the many stacks of deconstructed fences lying around. The field gave off a vibe of "hey, we blew town and took most of our stuff with us, but enjoy the rink until we come back for that too." 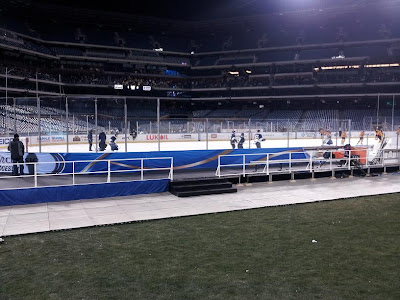 This might sound ridiculous, but while watching the Winter Classic, I had the urge to stand on the "sticks" in the outfield showing the Rangers and Flyers logos. Fortunately, while the covering was gone, the structure was one of the only remaining traces of the on-field decoration. 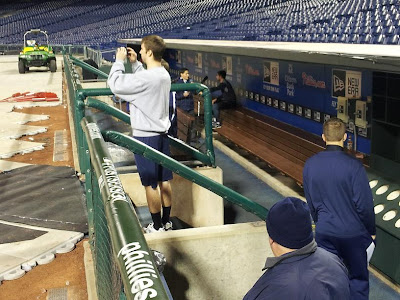 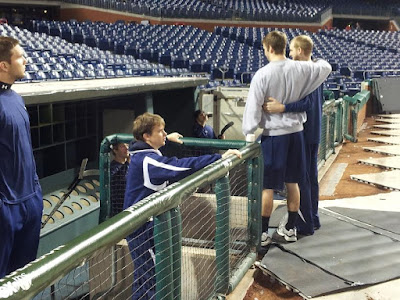 The Icers were obviously happy to be on the field for photos beforehand as well. 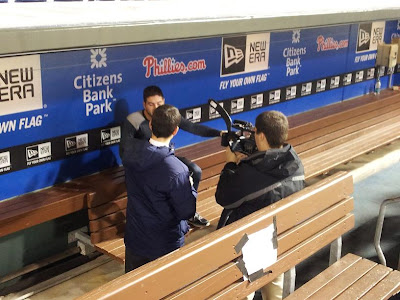 I assume that the product of this interview will be on GoPSUSports.com sometime in the next week. 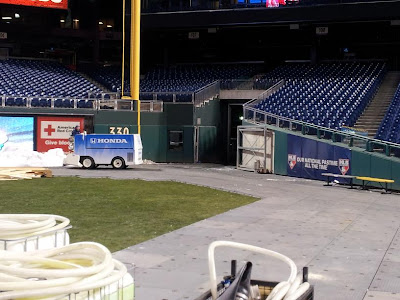 The players' walk from the baseball locker rooms to the dugout, and then to the field, has received much attention. But it sincerely never occurred to me to think about how the Zamboni gets to the ice. So there you go - it comes out of a cargo entrance near the right field foul pole, then drives all the way to the end of the rink nearest first base to get on. 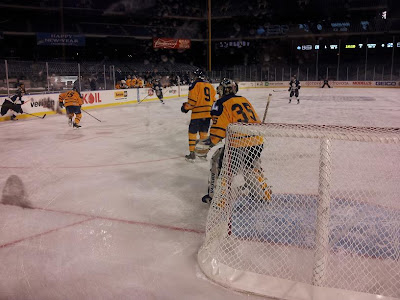 One of the surprising things about the whole experience was that as I approached the rink, it sort of became just another hockey rink, unless you started looking around too much (granted, I didn't have to play on it and experience some of the vision issues cited by Guy Gadowsky in his postgame presser). This is the La Salle College High School net, which is being defended against Malvern Prep in the game preceding Penn State and Neumann. La Salle won 3-0. 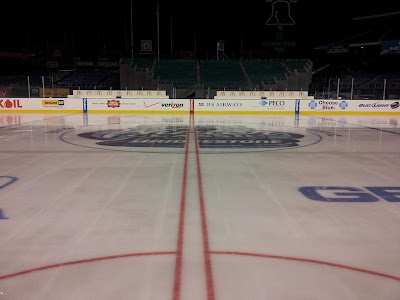 For the first time in my life, I took a picture through a photo hole. Very underrated. 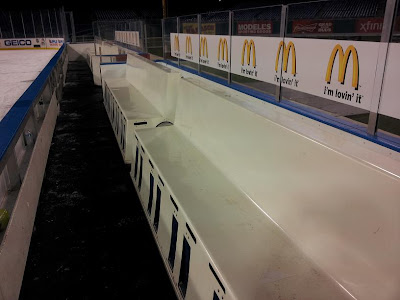 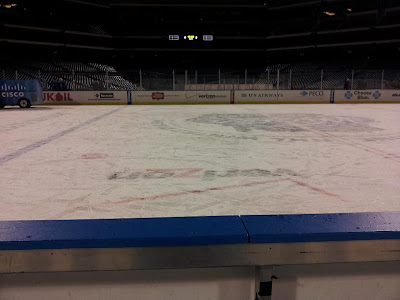 An approximation of the grocery stick's view on the Penn State bench. 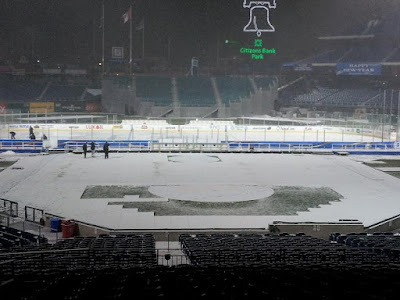 The snow began too late to affect the aesthetics of the game for any length of time - but it was just in time to screw up my drive home. 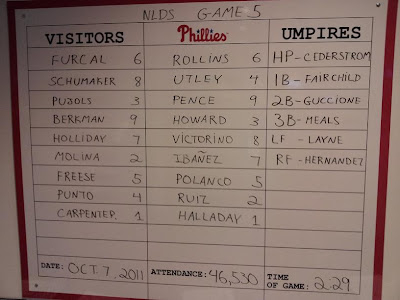 Apologies to Phillies fans for bringing up a bad memory, but I found it bizarre that this was still up on a dry erase board in the Citizens Bank Park press box.
Posted by Kyle Rossi at 8:17 PM