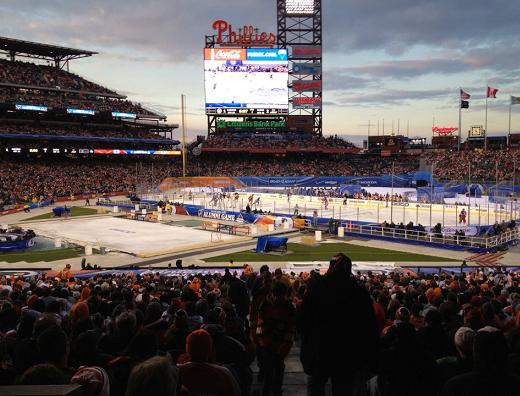 Under normal circumstances, I don't link too many articles about recruits here (generally, you'll find them in the Tuesday Commit Cycle posts). But...slow week. And besides, this involved two recruits, as Connor Varley and Casey Bailey both did time with the BCHL's Alberni Valley Bulldogs before moving on to the USHL. Both players said some nice things about their time up north. First, Varley:


"My time in the Alberni Valley was pivotal in achieving my dream of playing Division 1 hockey. I learned a lot about the game and how to be successful on and off the ice."


"It matured me as a hockey player and as a man. I was granted the opportunity to play with and watch great players during my time in Alberni. My time spent in Port was a great period in my life and leaving was one of the hardest things I have ever done. I am proud to say I was an Alberni Valley Bulldog and will be for the rest of my life."

2011 was certainly interesting for Penn State, to say the least. Relive it here, if you dare (on the bright side, hockey makes a cameo, which apparently is enough to get you second star in the Christmas-New Year's dead zone).

I've admittedly been a little obsessive about keeping tabs on the Citizens Bank Park ice. So here are the latest best pictures - during a game (the Flyers-Rangers alumni game Saturday), not during broad daylight, with people in the stands, taken from the regular people seats, as opposed to the press box. Did I mention that PSU is playing there Wednesday?

Our connection to the world
(observertoday.com)


The weekend the Penn State sex scandal broke, OBSERVER sports editor Craig Harvey was on campus covering a hockey game between Penn State and SUNY Fredonia. Harvey asked the hockey coach his reaction, but he declined to speak.

I'm struggling with what to think of this. I was in town to cover that game, which took place right at the beginning of the maelstrom. And yeah, it crossed my mind to ask Coach Gadowsky to comment on it. But I didn't because I thought it would be a low-rent move. To me, it's not good journalism, it's trolling a guy who has nothing to do with the story simply because he happens to work for the university.

Did you know George Saad played outside less than a week ago? Now you do.

One of the major storylines involving a Big Ten school this season is the apparent renaissance of Michigan State.

I won't lie, I was part of the majority calling Anastos a brutal hire and wondering why MSU apparently wanted to flush their program with a guy whose head coaching experience amounted to three seasons at Michigan-Dearborn 20 years ago. And I was wrong.

Scott Sandelin, PSU's likely second choice for a head coach and an assistant on the U.S. World Junior Championship team, didn't have a real good time at the tournament. If you haven't heard, Team USA went 1-0-0-3 in group play, including upset losses to Finland and the Czech Republic, and failed to qualify for the medal round.

Chris Peters, by far the best source for USA Hockey analysis on the internet, took a very rational look at what went wrong and what it all means.
Posted by Kyle Rossi at 12:30 AM