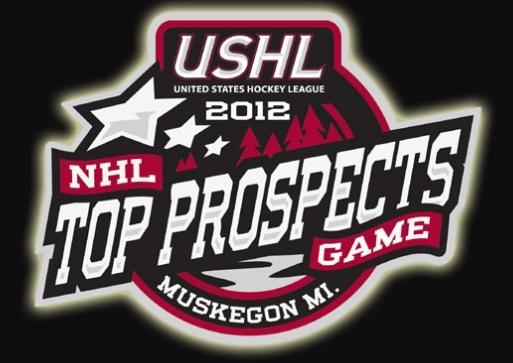 Penn State signee Mark Yanis and commit Zach Saar were two of the 40 players selected to participate in the 2012 USHL/NHL Top Prospects Game. The game, which showcases players eligible for the 2012 NHL Entry Draft, will take place January 24 at the L.C. Walker Arena in Muskegon, MI.

Yanis, a big, physical defenseman, plays for the Muskegon Lumberjacks in the USHL. Included among his three goals this season is a tally against the Indiana Ice on December 28th that forced overtime after the Jacks were in a 2-0 hole entering the third period. More notably, though, Yanis is known as a shutdown guy. That's what got him listed as a B skater on NHL Central Scouting's Players to Watch Tracker back in October (a B rating translates to potential mid-round draft consideration). Central Scouting's mid-term rankings are due out later this month, which should provide more clarity as to how scouts view him.

Saar was actually draft eligible in 2011 as well. In the final Central Scouting rankings though, he was listed 132nd among North American skaters and was not selected. The towering second-year USHLer has 23 career points in 55 games. That all came with the Chicago Steel, which traded Saar to Des Moines earlier this week for Denver commit Ray Pigozzi, who was also selected to the game. Saar's father is Brad Saar, a reserve linebacker on Penn State's 1982 national champion football team. While Yanis will be on campus this fall, Saar isn't scheduled until 2013 (although he could still be bumped up to next year, depending on circumstances).

This is actually the first time the USHL has participated in a game like this, a fact that drew the expected quotes from key figures.


“We’re proud to be able to provide such a great night and stage for some of our young stars,” said USHL President and Commissioner Skip Prince. “It’s also a credit not just to the players, but the education-based American development model we celebrate in the USHL – that is, that you can remain NCAA-eligible, play Division I college hockey, and fulfill the dream of playing in the National Hockey League.”

"The prospect game is a positive addition by the USHL as it presents a unique and valuable opportunity for NHL scouts to view these elite USHL players as they showcase their abilities," said Dan Marr, Director of NHL Central Scouting.