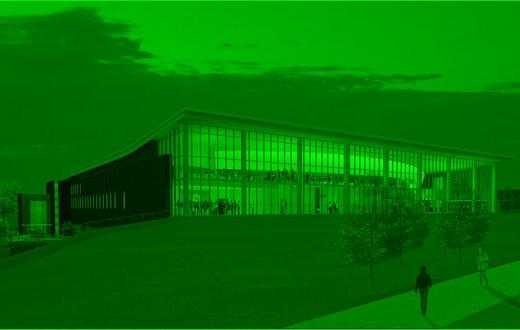 It was tougher than expected, but the Ice Lions won a 17th game in a row and moved one step closer to an autobid to the ACHA national championship tournament with a win over Rowan Saturday night. The game was also notable for a milestone reached by the team's captain.


Chalk up another memorable moment for Penn State’s Jim Recupero. The Ice Lions senior recorded the 100th point of his career in Penn State’s 5-3 victory over Rowan in a DII Mid-Atlantic College Hockey game.

This milestone point, an assist on Penn State’s first goal, comes on the heels of Recupero’s outstanding performance for the ACHA DII Selects in a five-game European tour during the semester break. Recupero was the Selects’ leading scorer.

As for the game, “Real sloppy first two periods for us, but [we] came out hard in the third [period] as we spent the first 10 minutes of that period in their zone,” said Sylvain Theriault, Penn State assistant coach.

The victory was the Ice Lions’ 17th in a row and improved their season record to 22-2-0-0 and their MACH North Division record to 10-0-0-0. They’re ranked second in the ACHA DII Southeast Region.

This creatively-titled article is probably the most thorough response to the Board of Trustees' approval of Pegula Ice Arena. Just because they're related to common questions, a couple of clips are in order.


No official ground-breaking has been set. In addition to digging into the current parking lot to tap into utilities, the turf of the former Bigler Field — a new one has been erected across University Drive for the lacrosse teams — is being torn up. [Joe] Battista said everything is ahead of schedule, digging should begin sometime in February, and an official ceremony will be held in early spring. A steel framework should be in place by the time football season rolls around and the building is expected to open in September 2013.

Remember how the arena used to cost $75 million and now it costs $89 million?


Battista, however, did not stop with the Pegulas, having raised close to $105.5 million to fund the arena and the men’s and women’s programs.

Great, problem solved. Now if only Penn State had a Board of Trustees willing to ask questions or engage in any kind of debate whatsoever...and even if those questions were already asked and answered outside of the board's meeting January 20th, where is the transparency we were supposed to be getting?

Speaking of the arena...you probably already know about this post because you went to Lady Icer Abbey Dufoe's blog the last time I plugged it, loved it, and subscribed. If you didn't, I'll just assume that you weren't reading TYT three weeks ago. So for all who are new here, this post is her reaction upon learning that Pegula Ice Arena is to be LEED certified.

Now for my reaction: I realize that this isn't a popular opinion in Penn State hockey circles, but the money used to build the arena came from something that causes a whole host of environmental concerns, as one might expect when it involves pumping a bunch of things like benzene, lead, methanol and boric acid into the ground and hoping nothing bad comes of it (Terry Pegula is no exception). The least we can do is make said arena as environmentally friendly as possible, so here's hoping we find somewhere else to trim when the cost overruns start to pop up. 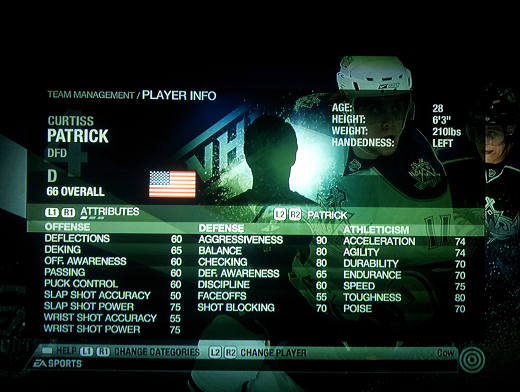 Last week, IcersGuy from Black Shoe Diaries informed me that Curtiss Patrick, recently named to the Icers' Hall of Fame for this year, appears in NHL 09 as a free agent. So I pulled out my copy of the game and took a picture of his player bio. Crazy stuff. By the way, while his 66 overall rating doesn't sound like much, it does beat Guillaume Latendresse's brother Olivier.

Ready to mine some news from the News-Miner? Buried in this article is a disclosure that Penn State has committed to play in the 2014 Brice Alaska Goal Rush, hosted by Alaska (the good Alaska, Fairbanks). This would mark Guy Gadowsky's return to the school he coached from 1999-2004 and makes all kinds of sense for that reason alone. Well, there is one other reason: the NCAA game limit exemption (specifically, games in Alaska don't count against it).

The Goal Rush is a season-opening tournament (this season, it was won by the hosts on October 14th and 15th, 2011) so this wouldn't be next season or the season after, but the season after that. Feel free to forget all about this so you can get excited again when it's officially announced.

Josh Brandwene is after Kendra Rasmussen, who is about to become the all-time leading goal scorer in the history of the Sartell/Sauk Rapids (MN) high school program. In 23 games this year, she leads the Storm'n Sabres in scoring with 26 goals, 14 assists and has her team on top of the Central Lakes league with a 10-1-0 conference record. Also in the running for Rasmussen are Quinnipiac and a handful of Division III schools.


The Hillsborough High School senior defensemen is heading to Penn State University next year, where he’s unsure if he will be able to play for the Nittany Lions as they go into Division I hockey. Bierwirth is trying to extend his final scholastic season as long as he can, and that means pushing the Raiders toward the year-end state tournament.

Yeah, good luck with that. 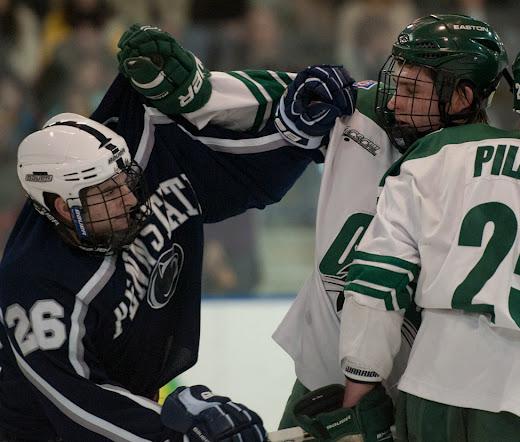 An OU-centric (but still outstanding) collection of photos from Friday and Saturday.

Meet D2 nationals hosts Florida Gulf Coast University, which also doubles as the team keeping the Ice Lions from the top spot in the southeast region.

Solution for sites in sight
(postcrescent.com)

It seems like there's a lot of momentum for revisiting the Big Ten tournament format, which presently calls for the teams seeded third through sixth to play a campus-site best-of-three first round, with the winners meeting the top two seeds at the No. 1 seed's rink for single-elimination semifinals and finals.

I like the neutral site idea. Unless it's played in St. Paul, MN every year. Then I hate it. I don't normally root for anything productive to happen in the NCHC, but I do hope that they swoop in and steal that particular venue. The Big Ten would then be forced to Chicago or somewhere that doesn't force the conference's easternmost team to travel to its westernmost outpost every year for the tournament. Yay. Also, a word of caution as we proceed through all of this: never believe anything out of Barry Alvarez's mouth.

In case you were wondering, Minnesota State-Moorhead hasn't given up on trying to start a Division I hockey program. Oh right, you weren't wondering. Sorry about that. 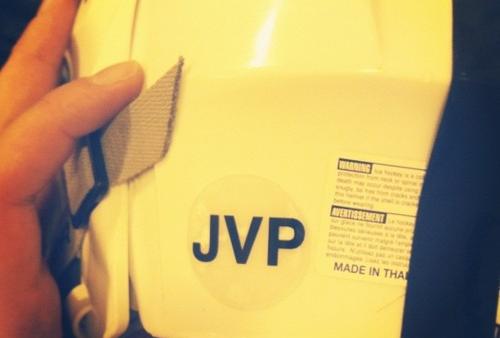 With good reason, numerous Icers and Lady Icers shared pictures of the backs of their buckets last week.
Posted by Kyle Rossi at 4:57 PM