Here's an update on how each of Penn State's five Commonwealth Campus ACHA teams finished out their seasons. As this post is meant to pick up where the semester break update in December left off, the focus here will be on games played during January and February, but feel free to refer to the previous post for more information. 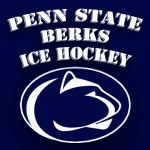 The team that now can claim the distinction of being the highest-level ACHA squad at any Penn State campus finished a rough season 8-20-2, including 2-6-0 in the spring semester. Berks' 3-9-1 ECHA record was good for seventh place in the conference, but not good enough for its six-team playoff.
Still, there's reason for optimism. While it's always tricky to project personnel with a Commonwealth Campus team, this season's Blue Lions only had two seniors and closed on a positive note, beating Drexel 2-1 on February 3rd and trouncing Scranton on Senior Day 9-1, a win that saw Josh Flamini, Tommy McDaniel and Sean Sowney all put up 2-2-4 scorelines. For a program that's seen the high of a nationals appearance in 2009 and the low of a 24-game losing streak to open 2010-2011, things at least seem to be trending in the right direction.
Right now, the bar in the ECHA is set by league champ Navy, which is headed to the ACHA championships this season. Two of the six second-half losses for PSUB came at the hands of the Midshipmen, 11-2 on January 19th and 7-2 on January 26th - but even a cursory look at the Blue Lions' results shows that they're competitive with just about everyone else, including a tough Lebanon Valley College team that finished second in the ECHA.
One notable story from Berks' season came on January 20th, when senior Sowney became the fourth player in program history (and the second at the ACHA D1 level) to join the 100-point club. The Delran, NJ native finished as the team's leading scorer with 44 points, but was followed closely by Larry Barretta (42) and Chris Cashin (35). Goaltender Mike Narrigan was blasted with 43.6 shots per 60 minutes but still held up well, considering, with a 4.92 goals against average and a 0.887 save percentage. 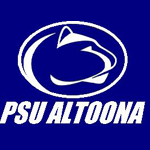 Toontown posted a rousing 3-2 overtime win over Behrend to open the spring semester, a game that saw the Eriemen erase a 2-0 deficit (including a tying goal with 14 seconds left in regulation) before Brandon Herrman made a takeaway at his line and buried a sudden-death breakaway 1:54 into overtime.

Despite the good start, Altoona was unable to climb back into CHE playoff contention against an extremely tough schedule - three of the team's last five games were against Robert Morris and California (PA), who combined to go 21-3-0 in the league - and went 2-3-0 after the Behrend game to finish 7-11-1 overall and 3-9-0 in CHE.

The team was actually pretty close to making the playoffs after a 4-3 overtime win over St. Vincent (thanks to Ben Kinch's winner) on January 20th pulled Altoona within two points of the Polar Bearcats for the fifth and final spot. As things turned out, one more upset would have been enough, and it almost happened the day before the SVC game at home against Cal, when PSUA held a 4-2 lead halfway through before surrendering five consecutive and going on to lose 8-5. The Vulcans, by the way, went on to earn the top ranking in ACHA D3's Atlantic Region and an autobid to the national championships, so Altoona's challenging them certainly proves something.

In an end-of-the-season statement posted on the team's website, head coach Tom Lantz expressed disappointment and optimism at the same time:

Although the season did not quite turn out like we had planned, I saw significant improvement from the first half of the season to the second. I can honestly say I am extremely excited for next season as we have a strong group of freshmen returning who will be the core of PSU Altoona.

Speaking of next season, what should be a more experienced team already has its first two games posted - October 5th and 6th at George Mason. 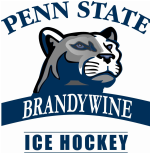 Brandywine was the only one of the four ACHA D3 commonwealth campus teams to qualify for the ACHA regional tournaments, as they finished sixth in the Atlantic Region (as we've seen with D2, the top two teams in each of the four regions of D3 receive nationals autobids, while third through tenth play in regional tournaments for two additional bids from each region).

However, any national championship dreams ended abruptly and decisively with a 7-1 loss to SUNY-Maritime in Brandywine's first game at regionals. SUNY-Maritime, for what it's worth, won one of the two bids available from the tournament and will compete at nationals March 12th through 16th in Springfield, MO.

Despite that season-closing disappointment, PSUB enjoyed a very successful spring semester, going 6-3-0 after New Year's Day to finish 19-9-0 overall. Included in the six second-half wins were three against teams that qualified for regionals: Pitt-Johnstown, Alvernia and Farmingdale State, which, as the number two Atlantic team, received a nationals autobid. That last game, a 3-1 victory on January 25th, featured goals from Mike McGahey, Russell Lorring and Paul Albert, as well as two assists from defenseman Kyle Laughlin. The Alvernia win was by a 3-2 score in a gritty, penalty-filled affair the next day, with Joseph Naselli, Michael McGuire and Sean Buchanan scoring the Brandywine goals. 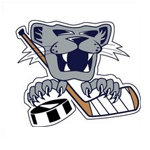 Like Altoona, Behrend had a light schedule over the second half of the season - just five games total, including the aforementioned overtime loss to PSUA to open the semester. And also like Altoona, Behrend didn't have enough in the tank to make the CHE playoffs, finishing 8-13-2 overall and 3-8-1 in the conference to miss out on the tournament by just one point to St. Vincent.

The best play in the what-if game (beyond the January 12th contest, of course) might be Behrend's season-closing 5-3 loss at Fredonia February 10th with the playoffs still on the table. The Blue Devils built a 3-0 second-period lead through a natural hat trick by Doug Clayton, then...

With a commanding 3-0 lead the Blue Devils were near getting out of the period when Penn State was able to get their first goal of the game, on a Robert Moll penalty with only a minute left. The Penn State goal was scored by Jared Bagnato.

The late goal in the second kept Penn State rolling and they took full momentum in the game with two early goals in the third to tie the game up at 3. The goals were scored buy Kenneth Gross and Kevin Backoefer. However, the Blue Devils would not give up as they began to turn the momentum with a few big saves from [Sean] Adymy and picking up their physical play. Tyler Hagan would get Fredonia back in front, at 9:33 with goal from right from the top of the crease. Brian Marrano would later give Fredonia and insurance goal with 4:59 left in the period and would also seal the 5-3 win for Fredonia.

Actually, that might be the only play for Ed Maras' troops in the what-if game, as the other three matches were a clutch win over St. Vincent on January 25th and blowout losses to Robert Morris and Cal. Notably, all five spring semester games were played away from Behrend's home Mercyhurst Ice Center.

Defenseman Robert Banks - who scored the goal that forced overtime at Altoona before turning it over to lead to the winner - finished tied for eighth in CHE goal scoring with eight goals, impressively coming in just seven of the team's 12 conference games. Bagnato (12 goals, 22 points in all games) and Backoefer (13 goals, 25 points in all games) also stood out statistically for Behrend.

Harrisburg can claim something none of the other Commonwealth Campus teams have - they competed in the playoffs for their league, the Mason-Dixon Collegiate Hockey Association. Of course, it helps that the Frederick, MD tournament's format includes each of the five MDCHA teams, since the Capital College finished dead last with a 1-9-0 conference record.

Expectedly, it was a short run at MDCHAs, as Mount St. Mary's ended Harrisburg's season with a 4-1 result on February 8th - despite the fact that MSM was PSUH's only conference victim, via a 7-4 win on November 5th. In that earlier game, Ian Thomson scored twice and added a pair of assists. Ian McKenna and Alex Shuey also had two goals apiece, while Richard Hoffer scored the other goal and assisted on three.

The only two games with available results in the spring semester (prior to the MDCHA tournament) were an 8-3 loss to American on January 26th and a 5-3 loss to Johns Hopkins on February 2nd.

McKenna finished as the team's leading scorer (of games reported to the ACHA) with nine goals and three assists, while Brent Antolik was the helper king with six alongside his four goals.

Note: Data on Harrisburg's team is extremely hard to come by - the team has no website, and the sites for the MDCHA, the ACHA and opponents are often not updated or incomplete. Please accept my apologies for any inaccuracies and feel free to contact me with any corrections or additional information.
Posted by Kyle Rossi at 4:59 AM