Photos from Saturday afternoon's visit to Robert Morris for the contest between the Colonials and the Nittany Lion women. Click any photo to enlarge.

As I always like to do at a new and exciting place, here's the walking tour of Robert Morris' campus (which is a few miles from their hockey facility). First up, Joe Walton Stadium, the home of Paul Jones' RMU football team. An RMU-Detroit lacrosse game was warming up when I took this. 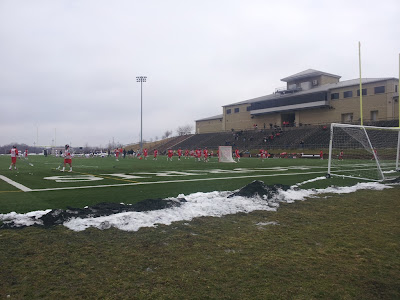 The Charles Sewall Center, apparently called The Chuck, is the venue for Colonials basketball, which took Villanova to overtime in the 2010 NCAA Tournament. The school is apparently pretty excited about hosting the (men's) Frozen Four in April as well. 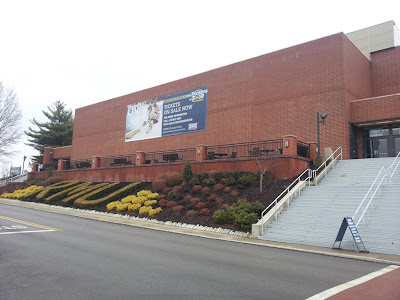 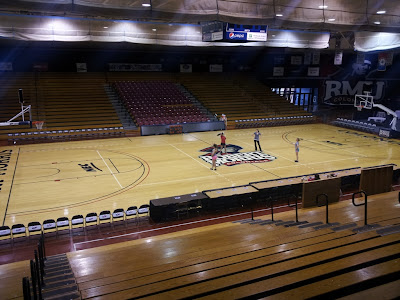 The Nicholson Center is the student union - the bookstore, dining, student life offices and the office of admissions are located within. 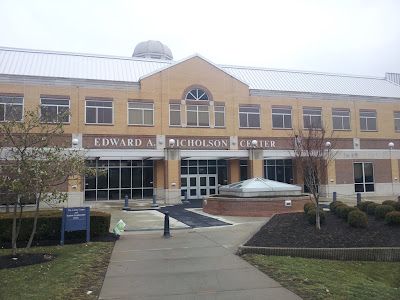 At RMU, if it's not named after a former school president, rest assured that it's named after a founding father. The John Jay Center formerly housed the basketball team (until 1985, when The Chuck was built), but the 1,000-seat gym is now used for intramurals. 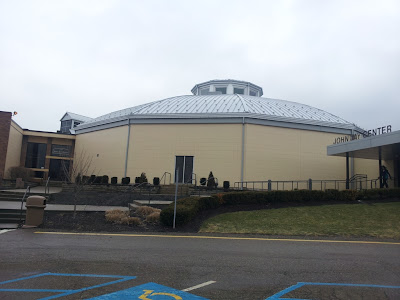 The Wheatley Center just opened this past September, and contains the School of Communications and Information Systems and the School of Business, as well as an art gallery and a screening room. 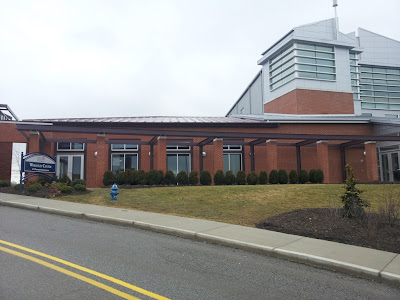 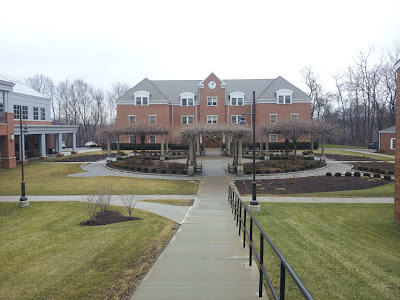 The Jefferson Center, which is primarily a health club and a lounge for veterans.﻿ 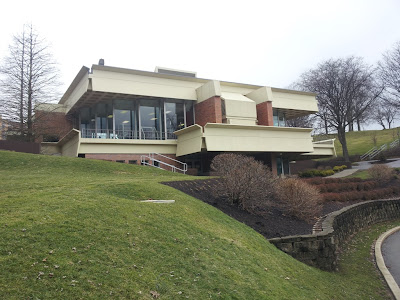 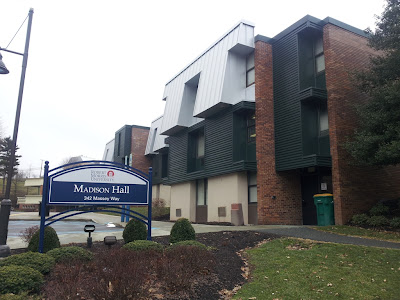 Why is RMU so good at hockey? Because somehow, the entire campus runs uphill. Legs feed the wolf, they say. 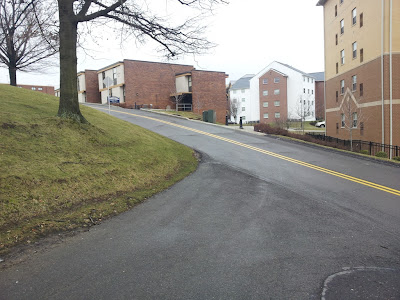 Back at 84 Lumber Arena, I decided to get artsy. Here are PSU's pucks waiting for warmup. 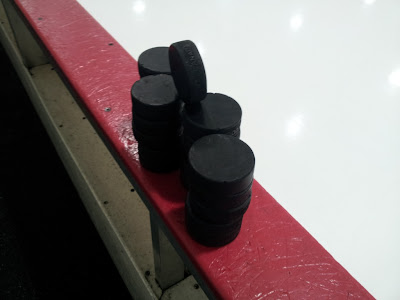 Speaking of "artsy," RMU's pucks were laid out thusly, to honor their senior class on senior day. 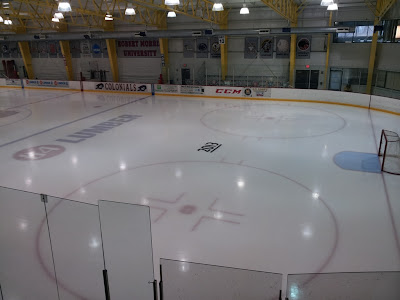 I'd like to think that Josh Brandwene's fanatical commitment to backchecking centers somehow contributed to the giant gash down the middle of this thing. 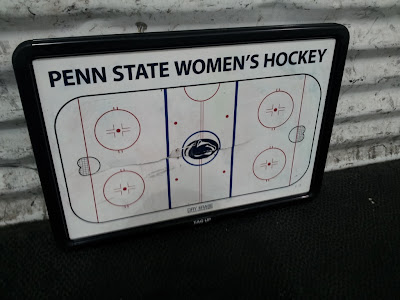 It's hardly unanimous, but it looks like the Vapor is the preferred Bauer stick of the team. 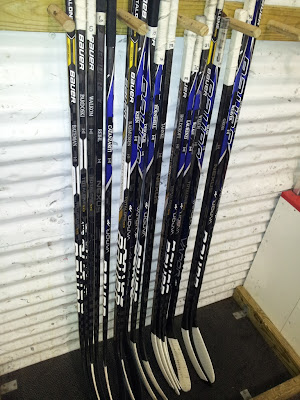 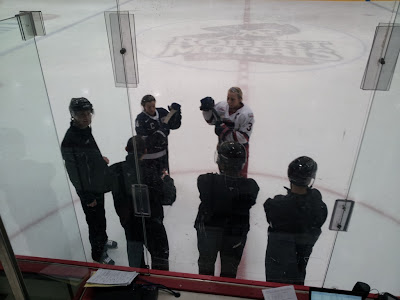 I realize that I took this one yesterday too, but I think I did better today. 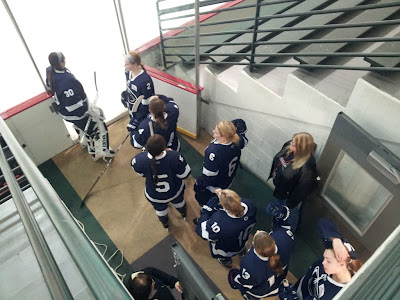