Photos from Friday night's visit to Robert Morris for the contest between the Colonials and the Nittany Lion women. Click any photo to enlarge.

RMU's Island Sports Center is easily one of my favorite venues I've visited this year, even with it being located off campus. Its name comes from the fact that it's, well, on an island - Neville Island, plopped in the middle of the Ohio River just northwest of Pittsburgh. Here's the main entrance. 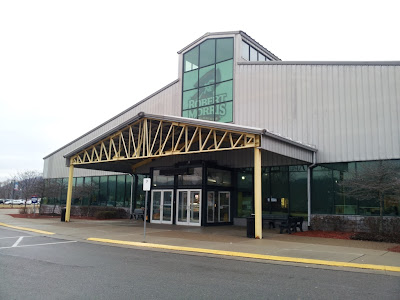 To the right of that, as you're looking at it, is this piece of the exterior. See inside? Yep... 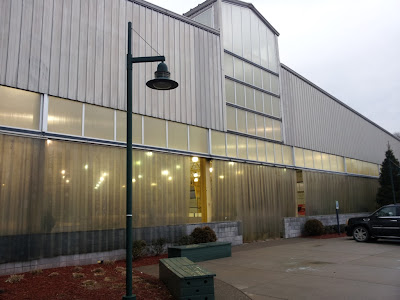 ...they're essentially outdoor rinks with a roof and plastic strips for walls. Incredible. This is how the original Ice Pavilion must have been. In the photo below, the rink to the right is actually for inlines with ice on the left. 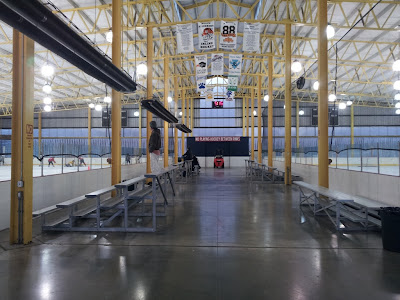 The ISC has two other, more conventional, rinks. One is an Olympic rink and the other, named 84 Lumber Arena, is where RMU's varsity teams play. Here are a couple views. 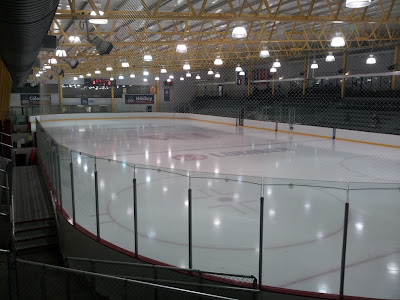 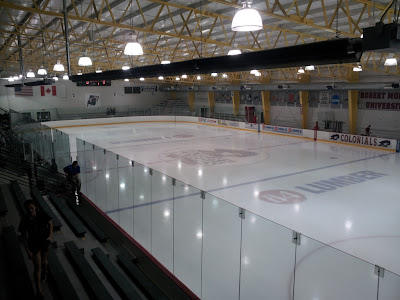 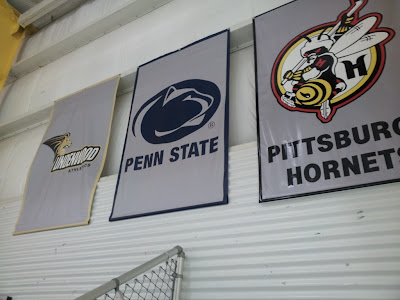 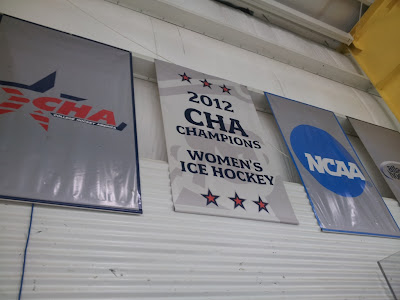 These next three photos are from a series called "the team being stationary enough to not make the picture produced by my phone camera too blurry." 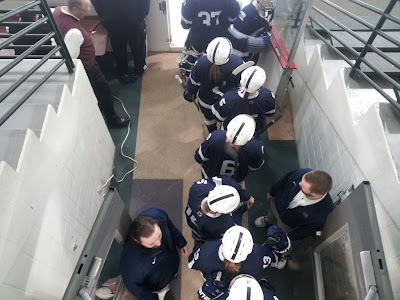 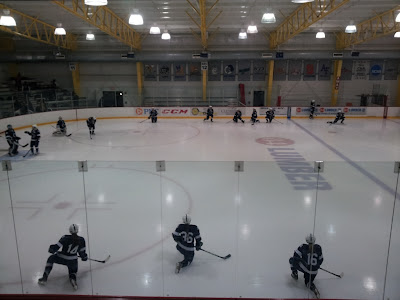 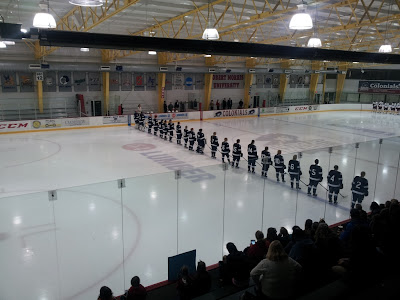 The helmets on the bench are always a solid go-to in cases when I can get to the bench. 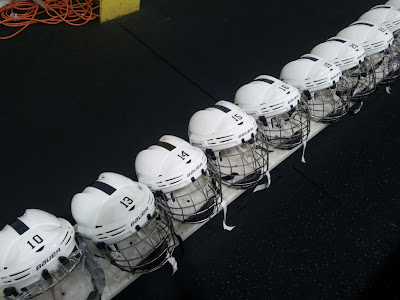 Nicole Paniccia has my favorite mask of any Penn State goaltender. She's the one on the right. 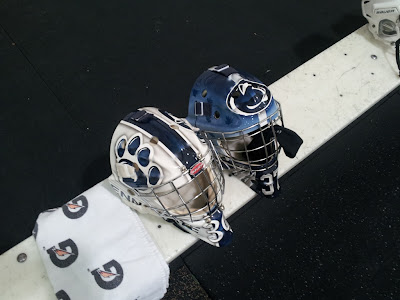 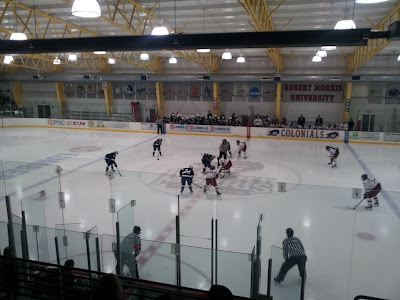