I've neglected this series for a couple months, although I certainly didn't intend for that to be the case. I meant to do one of these posts over the season's opening home weekend in early October, but ran out of time. I also meant to do one a couple weeks ago, but lost my phone after taking a bunch of pictures with it. Finally, I managed to complete the ridiculously complex sequence of...
...just before the women's game against Robert Morris Sunday afternoon.

There's been a lot thrown out there on the main bowl of the arena, now that the powers that be have started giving site tours to people who aren't me (here's 45 minutes of video from one of those tours two weeks ago, via The Daily Collegian). Because of that, and also because I'm of much more value to you guys if I don't screw my chances of eventually being invited on a tour, I'm not attempting to sneak on to the site anymore. Although I totally could.

The PIA, as I'm sure most of you know, was topped off on Friday. In order to acknowledge that milestone - and since it gives a pretty good sense of the inside - here's the GoPSUSports.com video of the ceremony. Warning: "Acting" AD/Ira Lubert hand puppet David Joyner is included, so it only has a spine coefficient of 0.02.

The PIA's structure is far enough along that you probably don't need me to identify each photo of the exterior, so I'll just throw them all out there and offer to answer any questions left in the comments. As always, click to enlarge. 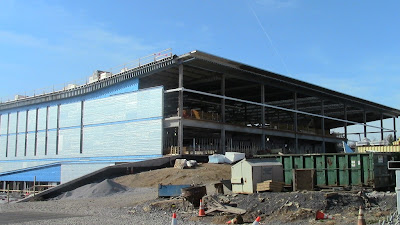 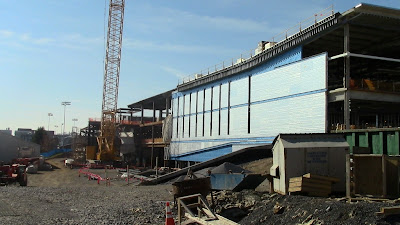 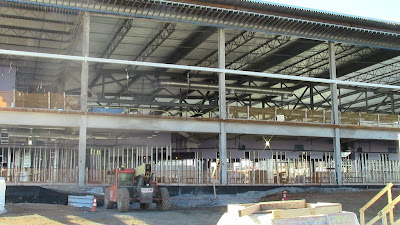 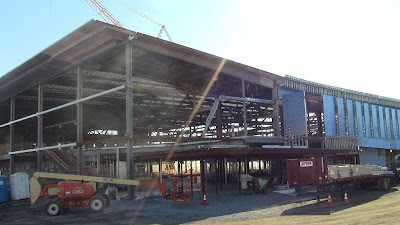 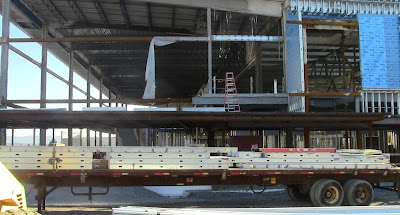 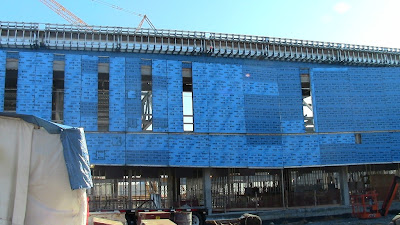 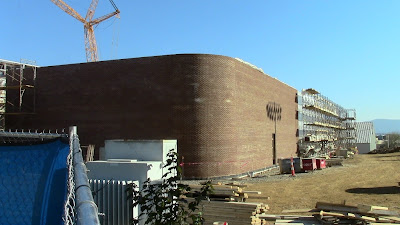 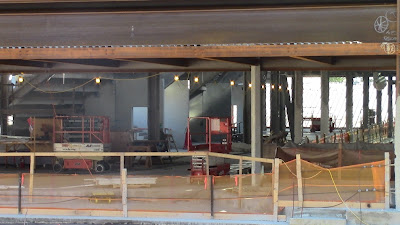 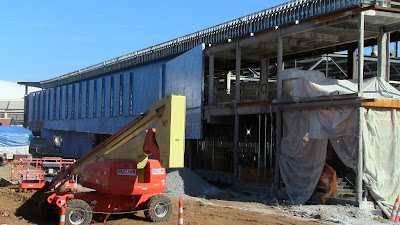 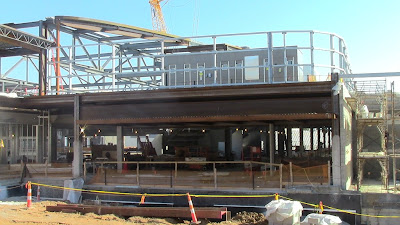 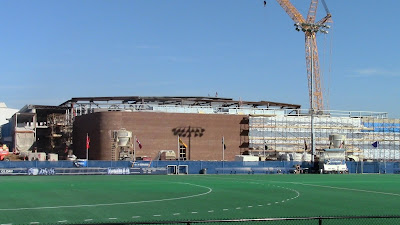 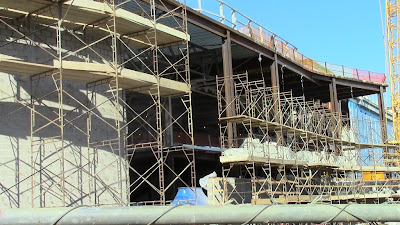