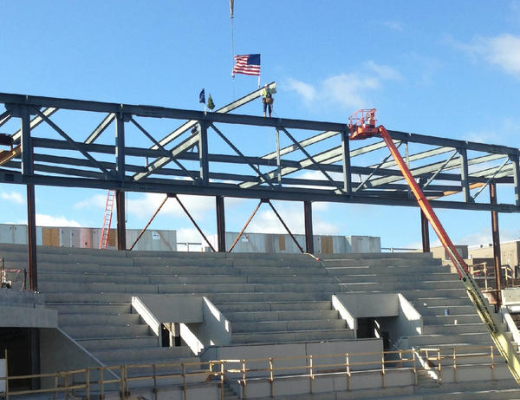 According to ballots at the rink over the weekend, the three likely finalists for hockey's student section name are "The Roar Zone," "upROARing Nation" and "The Ice Den." There's also an "other" line - the official TYT endorsement is to use that line to write "these all suck horribly, try harder."

New blog alert - and since it made the top three, it must be a Penn State hockey blog. Sure is. FoTYT Ross Insana, a junior broadcast journalism major, is behind the effort. As an HMA member, broadcaster for the women's team on ComRadio and an equipment manager for the Ice Lions, he's more than qualified to bring you some great stuff concerning all of our programs, so make sure to keep up with things over there. The linked post is his analysis of the recent PSU-Sacred Heart women's weekend.

Yep, I'm being the bigger man and linking Crawford, even though they despise me. Something about leaking PIA renderings that their (now former, I believe) employee foolishly put on the internet last fall. Like they were nuclear secrets. It's a hockey arena, not Area 51. Anyway...


It’s a special moment for the Pegula Ice Arena [Friday], as the highest beam is put in place! The beam has the signatures of many of the workers, contractors, architects and staff who have worked on the project. 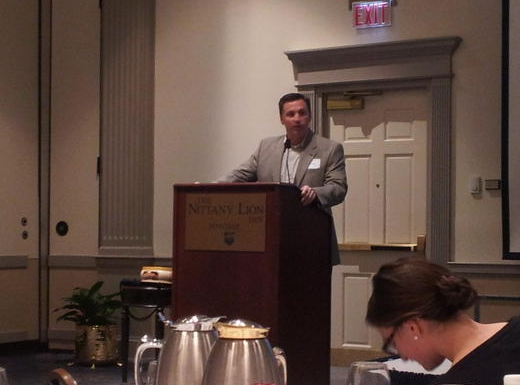 Air Force coach Frank Serratore quickly reached legend status among Penn Staters with his postgame bombing run after his team won 5-1 on Friday night, but his talk Saturday morning during a Men's Hockey Booster Club brunch was also equal to that standard.

On the surface, this is a rather ho-hum article about a PIA site tour given to PSU hockey VIPs. Blah blah blah state-of-the-art blah blah blah steep as code allows like Mr. Pegula wanted blah blah blah awesome, amazing and breathtaking. Nothing we haven't already heard or read 8,000 times in fluffy articles like this. But there's actually a rather disturbing new detail here.


In addition to the cyber cafe, there will be a pair of concession stands on both ends of the concourse. One will be named “Powerplay,” the other will be called “Zamboni.”

Sweet fancy Moses, those are awful names (and "Zamboni" is a trademark anyway). First the student section thing, now this? Not too late to change them, guys. Maybe give them names that sound like, you know, concession stands, instead of just throwing the first hockey-related term that came to mind up there. It's food, not word association.

Not called by name in the article? Tim Horton's. I imagine that went over up at HQ in Oakville, ON about as well as if a giant cup of Starbucks were Photoshopped into a picture of a Penn State hockey player. Ha...could you imagine someone trying to pull that?

PSU-Berks' ACHA Division 1 team gave its entire gate from an October 20th game against Lebanon Valley College to the American Cancer Society. I'm not far enough removed from the ACHA and "the struggle" to miss the significance of that - well done, Berks. 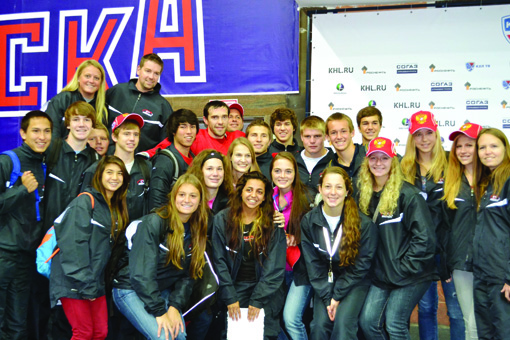 Women's commit Laura Bowman was part of a group of Minnesotans (and Californians) who got to participate in sort of a hockey exchange program in Russia last month, which involved playing and practicing with the locals, as well as some sightseeing. Even better than that: photographs with professional hockey stars, including my favorite active NHLer KHLer (above).

While we're likely to know more today, there's at least a change that stud Union goalie Troy Grosenick will be out two weeks from now when the Dutchmen host Penn State. Some people hate news like this and issue a defiant "I want to beat them with no injuries so they have no excuses!" I don't. It's a fine line, but if the entire team wanted to pull their groin or something else not that terrible between now and then, I'd be okay with that.

I seriously doubt that there is anyone better than TPS when it comes generating discussion around the major topics affecting junior hockey. Their latest gem is this open letter from Josh Mervis, the owner of the USHL's Muskegon Lumberjacks, discussing whether granting NCAA eligibility to former major junior players would be good for college hockey.

For what it's worth, I happen to agree with Mervis - more options remaining open for players would make all parties better off and enhance both products in several ways.

It's too bad their only plan was essentially "troll the ACHA." I really wanted it to take off, if only to force the ACHA to improve in some areas, mostly relating to the enforcement of its stated rules and standards.

PS. When I went to double check all of the links in this post... 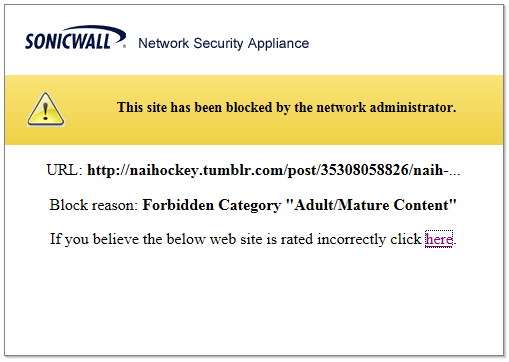 Finally, best wishes to Bruce Marshall, head coach of future PSU opponent Connecticut, who has taken an indefinite medical leave of absence. His specific ailment remains undisclosed, but the Courant reports that it is not life threatening.

Assistant David Berard will serve as top Husky on a temporary basis.
Posted by Kyle Rossi at 12:09 AM