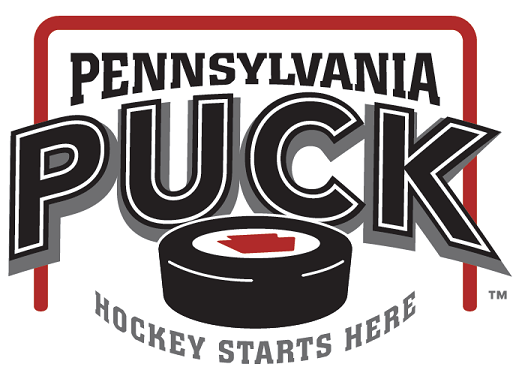 I'm not normally the type of person who will just drop a press release on here and walk away, if there's any possible way to avoid it. But I'm making an exception and essentially doing that here, because I believe in the product and wanted to give the people who developed it the opportunity to talk to you about it in their own words. Pennsylvania Puck, by the look of things so far, is a fantastic site, one that will be part of my browsing routine and that I hope becomes part of yours as well. And yes, Penn State will be in their coverage area. Wait, "will be?" How about "is?"

Pennsylvania Puck, a free online hockey magazine, made its official debut today, at www.papuck.com. The magazine has been publishing stories on a limited basis since late summer, leading up to today’s launch of a much more robust website.

Besides feature stories arranged by six state regions, Pennsylvania Puck offers how-to videos on skating and playing hockey; blogs, including “Fan in the Arena,” “Hockey Mom,” and “The Old Iron Lung”; and links to websites for hockey programs, teams and leagues from youth to professional.

The site is interactive, empowering visitors to comment on stories, engage with the magazine through social media, and upload hockey photos to a “Community Gallery” section.

Pennsylvania Puck’s mission is to be the best source for ice hockey news in Pennsylvania, covering the sport at all levels: youth to high school, junior to college, minor league to the National Hockey League.

Hershey resident Neal Goulet is the founder of Pennsylvania Puck and serves as editor and publisher. A native of Maine, he saw his first hockey game in 1975, when his hometown Maine Nordiques played host to the Johnstown (Pa.) Jets.

“That was the Jets team that inspired the movie ‘Slap Shot,’ and their ferocious style of play had a profound effect on me as a fan,” Goulet said. “It was through hockey that I first got to know the state of Pennsylvania. Now, 36 years after that Jets game, Pennsylvania Puck is born.”

For its launch, Pennsylvania Puck features a guest column by Dave Hanson, who played on the Jets and was one of the goon Hanson Brothers in “Slap Shot.”

And there’s plenty more to come. The Flyers will host the outdoor “Winter Classic” on Jan. 2. Penn State will break ground in 2012 on Pegula Ice Arena in advance of adding Division I men’s and women’s hockey teams. The NCAA men’s national championship, the Frozen Four, will be held in Pittsburgh in 2013 and in Philadelphia in 2014.

Goulet earned a journalism degree from the University of Missouri. He was a reporter for the Sedalia (Mo.) Democrat before coming to Pennsylvania in 1991 to work as a reporter for the York Daily Record. Goulet also has a public relations business, Goulet Communications LLC.

Joining Goulet on the Pennsylvania Puck staff is long-time hockey writer David Sottile, who serves as managing editor. Sottile spent 23 years in the newspaper business, including the past 20 with the York Daily Record.

He covered the Hershey Bears of the American Hockey League for 14 seasons. Winner of the AHL’s James H. Ellery Memorial Award in 2000 for outstanding print media coverage, Sottile also chronicled the AHL for The Hockey News for parts of three seasons. A native of suburban Philadelphia, Sottile earned a journalism degree from Penn State.

For more information, visit www.papuck.com. Pennsylvania Puck also can be found at www.facebook.com/papuck and www.twitter.com/papuck.
Posted by Kyle Rossi at 1:36 AM