Brother of Nick Seravalli is the writer of record for all things Philly as far as TYT is concerned, so here's his piece on the Winter Classic's finally being announced. Of course, more to the point of why we're here:

The Winter Classic will not be only a 1-day event. The AHL's Phantoms will battle Hershey on Jan. 6 at CBP. Penn State's men's hockey team, transitioning to Division I, will face off against Aston's Division III Neumann University, tentatively scheduled for Jan. 4.

This is newsworthy in the sense that last we knew, the official word was simply "Penn State at Neumann January 4th, time TBD." Now a respected reporter is calling it tentatively scheduled for Citizens Bank Park. Maybe a fine line, but hey, that's what I do. Of course, we all know what the situation is, and the Winter Classic announcement hopefully makes it one step closer to reality.

No, I didn't transcribe that headline incorrectly. Total pro as always, ACHA. Other than that, this one's notable for its inclusion of (and quotes from) Guy Gadowsky, but also Friday opponent Lebanon Valley College coach Don Parsons.

1. Next Stop, Indiana…To Get a Taste of Irish Ice
(statecollege.com)

A Joe Battista column entirely about hockey? Yes, please. And yeah, "Irish Ice" is what inspired the caption at the top, even though it took me about four days to get it.

I'm going to try and reserve this space for a quick weekly update on the ACHA D2 Ice Lions. First off, congratulations to new captain Jim Recupero, as well as alternates Joe Zitarelli (a former Icer, of course) and Steve Aloia.

Josh Hand's charges are off to a great start at 4-0-0 (20-1 vs. Susquehanna, 6-2 vs. Rider, 7-2 vs. Pitt-Johnstown and 5-1 at Montclair State) and will head to the ACHA D2 Showcase in St. Louis this weekend, where they'll take on DePaul, Minnesota-Crookston and Southern Illinois-Edwardsville. 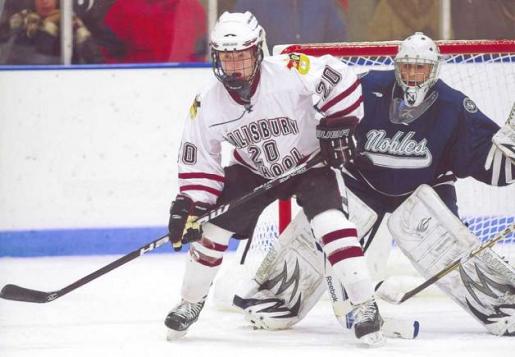 The best kind of recruiting losses are ones you didn't know you were in on in the first place. Such is the case with Kalinowski, who chose New Hampshire over Penn State, Quinnipiac and Cornell. The good news? He plays at Salisbury Prep with Thomas Welsh and the 16-year-old isn't college-bound until 2015. Get to work, kid.

The completion of the Penstone-Battista trilogy (Part 1 / Part 2)...this actually turned out to be my favorite segment because of how you can see Battista wrestling with the question that I remember discussing with my best friend Tim some years ago. Specifically, I'm talking about the certain loss of intimacy that comes with going big time and the memorializing of something great (without which there would be no big time). I have no doubt that both facets are in good hands.

Oh, did I forget the View From the Booth post with color pictures of on-campus hockey played on makeshift rinks in the front yard of a frat house from the 40s and an interview with Bill Downey? Shame on me. But here you go.


The buzz in hockey circles is that Don Lucia could be offered the Big Ten hockey conference commissioner job when the league opens in 2013.

If true, he'd have to be pretty stupid to say no, especially considering the temperature of the chair in his current office at Minnesota. In fact, the idea of Lucia getting fired got me to do a Head Coach Candidate post on him back in March. Although I believe the same guy who made me think he might be fired wrote this (some background: Lucia's not fired). But...

...here's the problem. What people in "hockey circles" (repeatedly) don't seem to understand is that there are these things called "all-sports conferences." They often sponsor football, basketball and numerous other sports - all at the same time! So when one of these (say, the Big Ten), adds a sport (say, men's hockey), it doesn't mean it needs a commissioner. Because it already has one. His name is Jim Delaney.

Once again, there's no such thing as the "Big Ten Hockey Conference." It's just the same Big Ten that already exists. Maybe you've heard of it. That's not to say that Lucia isn't in line for a league job to oversee hockey in some capacity, it just won't be the capacity of commissioner.

Two stories from the CHA this week - Allysen Weidner, a former four-year RPI player and one-year coach at Division III Hamilton College is now on Niagara's staff. Also, Robert Morris legend/assistant coach Brianne McLaughlin now has something in common with 2008 Capital One Mascot of the Year Zippy: a banner somewhere on the other side of "tastefully understated." 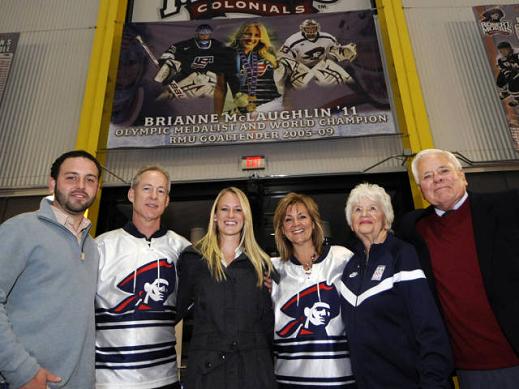 Speaking of, here's a little get-to-know-you on our future conference rivals (and the rest of women's DI as well). And yes, Mercyhurst is predicted to roll the CHA, as is their custom.

MSUM would spend $1 million a year on coaching expenses if it gets D-I hockey
(inforum.com)

Remember Minnesota State-Moorhead? If you don't: back in July, they announced their intention to start an NCAA Division I hockey program, and that they had raised $15 million of the $37 million that they thought they needed. As it turns out, that press conference was a miserable failure because, according the school, they now have...$15 million (but hey, they made a lot of cold calls and even know what they'll pay their head coach).

Yesterday afternoon, the NCHC announced seemingly out of the blue that it will start Year One of Armageddon (2013-2014) with eight teams - the ones they already have. So no Notre Dame. The best guess is that ND-NCHC talks reached an unbreakable impasse over television rights, and the NCHC wanted to steal all of the thunder, own the story, spin it in a way favorable to them, however you want to say it.

With the Domers already ruling out independence, it appears they may be headed to Hockey East with seemingly no other options left on the table - in fact they'll "likely" have a Wednesday announcement, presumably for that reason. Which starts a whole new series of questions: Will HEA add another school to get back to an even number? Who? And what will the ECAC (the likely target) do in reaction? Finally, and most importantly, will this ever stop? (College Hockey News answers these questions yes, RPI, add RIT and yes, respectively).

I'm really glad Penn State isn't in the D1 showcase this year. Participation might have meant me having to look at this logo again. 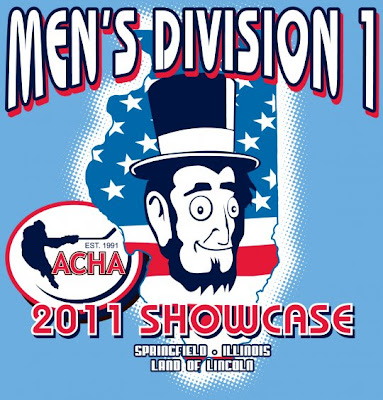