Don't Skoff at This One 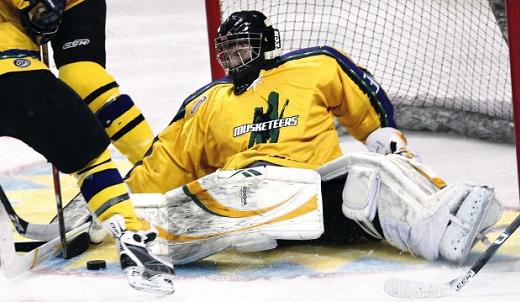 Guy Gadowsky likes to talk about the impact of the 1980s Edmonton Oilers on his coaching style. Those teams, with legends like Gretzky, Messier, Kurri, Coffey and Anderson went up and down the ice, scoring goals at record levels. Behind it all was Grant Fuhr, himself a Hall of Famer like the others, but an underappreciated one since the number of times he was exposed (along with the era he played in) made his career stats look a little underwhelming. But anyone associated with those teams will tell you that they don't win four Stanley Cups in five years without him.

Penn State may now have its Fuhr, as Chris Heisenberg is reporting that standout goalie Matt Skoff is coming to Hockey Valley next fall.

The McKees Rocks native committed to future conference rival Ohio State back in August 2010, with the idea that he would start at OSU this season. He was even announced by the school as part of their recruiting class, which would seem to indicate that he signed a letter of intent during the November early signing period last year, since schools don't announce those sorts of things before that point. Yet he's back in the USHL this year for one more go with the Sioux City Musketeers (best known by Penn Staters as the team that begat Tommy Olczyk - the two were teammates last year and the year before).

So what happened at Ohio State? According to the typically unverified message board rumors, he wanted to go to Buckeyeland this year instead of next, OSU coach Mark Osiecki preferred that he wait until next year when senior goalie Cal Heeter is gone, and Skoff wasn't too fond of that idea and bailed. Whatever the situation, their loss is our gain (although OSU did get a commitment from National Team Development Program tendy Colin Olson over the summer, which certainly helps ease their pain).

In addition to Ohio State, he was considering Minnesota, St. Cloud State, Western Michigan and Holy Cross the first time through. 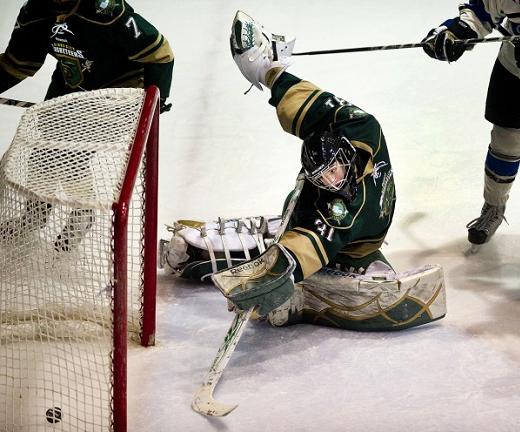 Skoff got at least a passing glance from the NHL in his draft year of 2010 as the 30th ranked North American goaltender in the final Central Scouting rankings, but went undrafted. Back in 2007, he was drafted though, in the USHL Futures Draft by the Cedar Rapids RoughRiders. The RoughRiders did so largely based on Skoff's performance with the U.S. Under-17 Select Team that finished second at the Five Nations Tournament that year. Says Skoff:


"I made that team by going to the Select 16 Festival. I was pretty motivated. I didn't get invited to the NTDP camp, and that kind of motivated me to step up my game against these guys. I played really well and coach Cooper, actually Kyle Wallack of Yale, he made the call a couple days after the camp, he said, 'We'd like you to represent our country.' It was like a dream come true wearing the U.S. jersey.

"I played okay. It was just like, being nervous...I've gotten a lot better with controlling my nerves since I was 16, 15. Wearing the U.S. jersey kind of changed me a little bit. It puts a little pressure on you, but we got a silver medal, and that's not the worst thing to happen."

There was just one problem: in 2009, Skoff was ready to go play in Cedar Rapids. But they cut him. Skoff survived that indignity, Sioux City got in touch shortly after, and the rest is history, as he's proceeded to be one of the USHL's better goalies over the last two-plus seasons, and his play right from the start helped make the Musketeers' decision to trade oft-injured Will Yanakeff (now at Michigan State) easier. Late last year, he took his game to another level, going 11-2-1 down the stretch with three shutouts to help the Sioux City seal a playoff berth. He's kept that momentum with a great start to this year statistically, although ironically he was probably better in his two losses (including a 1-0 decision to Kenny Brooks' Tri-City Storm) than in the win.

What kind of goalie is he? Well, he's from Pittsburgh, so...


"I like to model my game off of Marc-Andre Fleury, kind of a quick butterfly goalie. I'd say my biggest asset to a team is getting across the crease and being real quick and not giving up on the puck.

"Areas to improve? Definitely puck tracking - just watching the puck all the way into my body. That's something me and my goalie coach, Cam Ellsworth, work on, fighting for the puck. He'll like, slash the back of my legs in practice. It's like, 'You've got to prepare for the worst.' Things I still need to work on? I'd say definitely communicating with my defensemen, because it's pretty loud out there."

Make no mistake, this is a big-time get for the young program, and it hurts a rival. I have no complaints with that.

* I took a lot of information for this post from this lengthy 2010 interview Skoff did with McKeen's Hockey Prospects. If you didn't click when I linked it above, do it now - you won't regret it.
Posted by Kyle Rossi at 1:30 AM