3. Icers Recap: This Could Be Interesting...
(Black Shoe Diaries)

IcersGuy gets back on the horse with his first update of the season. And he totally propped me up during the live blog for Friday's OU game, so you owe him a click.

Perhaps the most important thing we learned this week is that Justin Kirchhevel has awful taste in music. The "East Coast's" taste in music, meanwhile, remains solid.

I quite like this. Welcome to legend status Ice Lions, you win first star this week.

(For the brutally out of touch, it's Jim Recupero's overtime goal against DePaul at the ACHA Showcase on October 7th.)

PSU had a highly successful weekend in New Jersey and southeastern Pennsylvania, beating Monmouth 7-0, Rider 5-2 and St. Joseph's 11-0, and climbing to 8-2-0 overall, 4-0-0 in the MACHA. Towards the end of the St. Joseph's game, the IYM Sports Radio play-by-play announcer said that he couldn't wait to see the Ice Lions in action against some of the top teams in ACHA Division 2's Southeast Region. With Maryland-Baltimore County, Temple, Rowan, Virginia Tech and Temple still to come, they'll get plenty of chances at that. But first, Indiana (PA) comes calling at the Ice Pavilion on Saturday at 10:15 p.m. 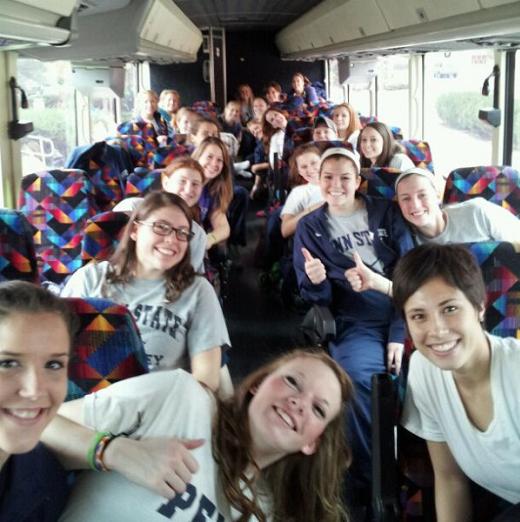 Quick tip of the hat to the official women's hockey Twitter account and whoever is behind it (along with those of several players and coaches) for showing how it's done over the weekend in documenting the team's trip to Potsdam. Now if we could just get the men's account to let us know about radio appearances more than five minutes ahead of time, we'll be in pretty decent shape.

During the games against Illinois, I openly wondered whether any Illini fans were stunned when Battista's name was announced as an assistant. If Craig McCarthy was announced as an OU assistant this past weekend, I'd be like "whoa, WTF." Same if I was at an Arizona game and Leo Golembiewski was announced (that's one's slightly less likely).

Want to learn about the type of guy our coaching staff pulled in at Princeton? Meet Jack Berger, a sophomore on Princeton's team - and a possible future NHLer or orthopedic surgeon.

Incidentally brother Chase, mentioned as being better at his age than Jack, is a late 1994 birth year defenseman playing midget major for the St. Louis Amateur Blues. He's also on the affiliate list for the USHL's Tri-City Storm, which drafted him this year. Just in case our APR needs a bump.

Guy Gadowsky is "erudite and successful." Just thought you'd like to know. 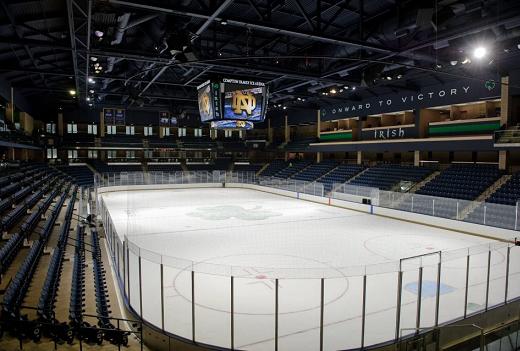 Notre Dame finally opened their sparkling new facility Friday night with a 5-2 win over RPI. Obviously, I dropped one of my favorite pictures of the CFIA here, but hit the arena's Facebook page for plenty more. And remember, we're next.

The UAH students have spoken. Of course, they hardly get final say. Dr. Malcolm Portera, chancellor of the University of Alabama system, has that right. And speaking of...

Future of Alabama-Huntsville hockey program to be announced Monday morning
(al.com)
Best of luck to our brothers in hockey down south.